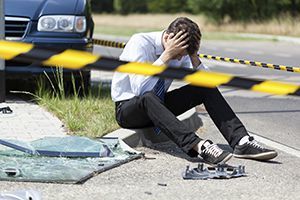 While technology that permits drivers to multitask may be touted as a safer option than a cell phone, science is heralding voice activated cars as precarious.

Thought by car manufacturers and certain technology companies to be safe, new research reveals voice activated vehicle systems are distracting to drivers and may be a hidden cause of car accidents.

What does the research show?

There seems to be an agreement that texting while driving is indeed dangerous, yet voice activated systems may cause drivers to be even more distracted than if they were using a cell phone. In fact, the mental concentration needed to use voice activation is more demanding than talking on a cell phone; it requires about the same level of concentration as balancing a checkbook.

This study was led by David Strayer, a University of Utah neuroscientist. The AAA Foundation for Traffic Safety funded Strayers research and Peter Kissinger, the nonprofits chief executive, stated the mental distraction from voice activated systems can have lingering, dangerous effects that may surprise drivers.

Various safety advocates have insisted that car manufacturers and some technology companies are giving drivers mixed messages regarding the safety of voice activated systems. The advocates believe there are possible financial incentives behind car manufacturers implementation of voice activated systems, because these systems may be considered as money making extras on new vehicles.

Additionally, software for smartphones such as Google Now, Apples Siri, and Microsoft Cortana were also found to distract drivers. Drivers older than 50 years of age were found to have the most serious challenges regarding voice activated software.

If your voice activated car distracted you and caused you to have a car accident, contact the experienced car accident lawyers at Phillips Law Group today.

Call 1-800-706-3000 or fill out our FREE Case Evaluation Form above and let our personal injury lawyers in Phoenix review the merits of your claim.