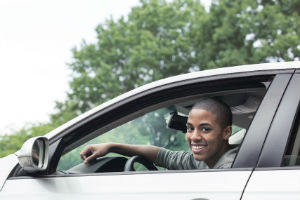 The employment law attorneys atPhillips Law Group are currently investigating claims on behalf of California Uber X drivers who have been incorrectly classified as independent contractors rather than as employees of the company.

By misclassifying employees, Uber has been able to avoid paying certain taxes and covering expenses like gas and workers’ compensation, forcing the drivers to cover these costs on their own.

If you are, or have been, an Uber X driver in California, contact our California Uber X driver misclassification lawyers today to learn more about your legal rights. You may be entitled to unpaid wages, reimbursements for mileage and other costs.

These Uber class action lawsuits have called into question the ride service company’s business model, which heavily relies on the ability to utilize independent contractors, often considered “1099 employees” for the tax form they complete.

In 2013, a class action lawsuit was filed on behalf of Uber drivers in California and Massachusetts arguing that they should be classified as employees and be entitled to the kind of pay and benefits that regular employees receive, including mileage and tip reimbursement.

An historic settlement, which could total almost $100 million to be divided between members of the class, has been proposed, but not yet approved in the case. The settlement, which maintains Uber drivers’ independent contractor status, has been controversial among drivers.

Those who wish to opt out of the Uber class action lawsuit or who are not included in the class may proceed with arbitration, an alternative method for settling disputes that does not involve a judge or jury.

IMPORTANT UPDATE REGARDING THE UBER CLASS ACTION SETTLEMENT!
On August 18, 2016, U.S. District Judge Edward Chen in San Francisco ruled that the class action settlement was “not fair, adequate, and reasonable,” to compensate the aggrieved Uber drivers. Initially only providing $84 million for some 385,000 Uber drivers in California and Massachusetts, the settlement would have kept the drivers classified as independent contractors rather than employees. Many of the class action participants filed objections with the court because the settlement was significantly lower than the estimated damages of $850 million. The parties will continue working toward settlement, but the Uber drivers remain committed to see the case through trial to achieve justice for the class.

In June 2015, The California Labor Commission ruled in favor of an Uber driver who argued in a complaint to the Commission that she was an employee of Uber and was entitled to compensation for reimbursement of the costs she incurred while transporting customers.

Uber has maintained that its drivers are independent contractors and thus must front the costs for any incurred expenses.

Under California law, the primary determinant of whether a worker is an employee or an independent contractor is the amount of control the company has over the worker. In the case of Uber, the Labor Commission rejected Uber’s argument and determined that Uber’s involvement in every aspect of the operation made it an employer.

As a result, the Uber driver was awarded nearly $4,000 for expenses she incurred while driving for Uber for eight months.

In addition to claims of worker misclassification, Uber is also facing a number of other claims by former drivers. In 2014, a Boston driver filed a class action lawsuit against the San Francisco-based company alleging that the company conducted illegal background checks and then terminated drivers from the platform based on the information they found.

According to the lawsuit, Uber violated the Fair Credit Reporting Act (FCRA) by pulling a credit report on the driver without notifying him or allowing him to respond to the issues that arose out of the report.

Under California Labor Laws, independent contractors are not subject to a variety of employment laws that are meant to help protect the rights of employees, such as wage and hour laws, workers’ compensation and unemployment benefits, and anti-discrimination laws.

By misclassifying workers as independent contractors instead of as employees, many employers can avoid the high costs of paying benefits and taxes on employees. In California, they can also avoid reimbursing workers for work-related expenses, such as gas for Uber drivers.

If you have been incorrectly classified as an independent contractor while working as an Uber X driver, you may have a legal claim and may be entitled to compensation. Our Uber X Driver Misclassification Lawyers can help you determine if you may be entitled to file an individual lawsuit or join an Uber class action lawsuit in order to recover reimbursement of expenses,unpaid wages and tips, and other benefits.