Each year, bystanders and people all over the world wait anxiously to see the Macys Thanksgiving Day Parade balloons. While these balloons usually float along effortlessly, they have been known to cause disruptions in the parade from time to time. Beginning in 1924, the Thanksgiving Day Parade was originally known as the Macys Christmas Parade and started with employees featuring animals from the Central Park Zoo.

It wasn’t until 1927 when the parade would debut its first signature giant balloon, Felix the Cat, which would begin the star-studded roster featuring over 100 of the world’s most famous characters. While many of these balloons float effortlessly through the streets of New York City, there are several balloons which have caused trouble over the years. 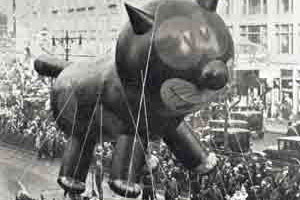 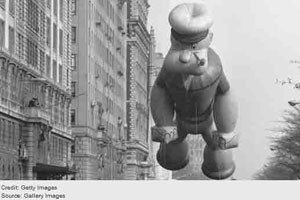 Popeye the Sailor (1957) – Popeye’s hat featured an indentation in the top of his hat which filled with water when it began to rain. This would cause him to veer off course over a crowd of people, only to dump the freezing cold rainwater all over everyone. 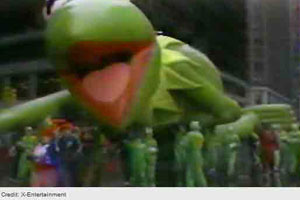 Kermit the Frog (1985) – Kermit was the first balloon to tear open when he became caught on something. This caused him to quickly deflate over the crowd. No one was injured. 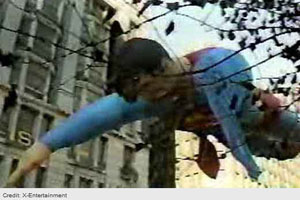 Superman (1986) – Superman got stuck in a tree, which caused his arm to tear off. No injuries were sustained. 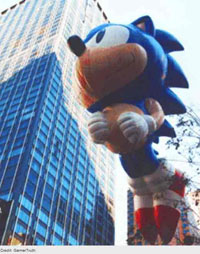 Sonic The Hedgehog (1993) – Sonic was the parade’s first video game mascot. Unfortunately, he crashed into a Columbus Circle lamppost, then into an off-duty police officer, causing minor injuries. Sonic did not return to the parade again until 2011. 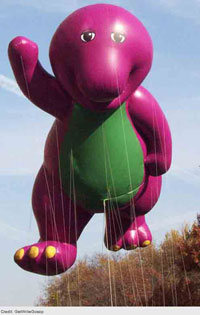 Barney (1994) – Barney would also be torn on a lamppost causing him to rapidly deflate. Thankfully handlers were able to steer him to a location where damages were cared for. No one was injured. 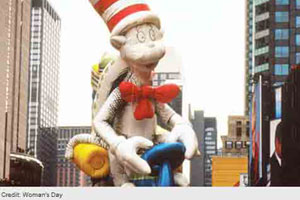 Cat in the Hat (1997) – The Cat in the Hat would crash into a lamppost due to high winds causing debris to fall on a bystander. The debris would fracture the bystander’s skull leaving her in a coma for a month. Following this incident, size rules were implemented for future parades. 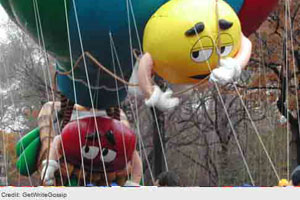 M&Ms (2005) – The M&Ms would become caught on a lamppost in Time Square causing debris to fall on two sisters causing minor injuries. 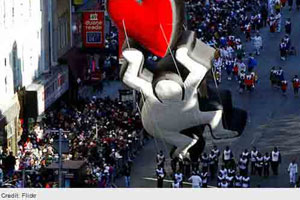 Keith Haring-inspired balloon (2008) – This balloon would strike the NBC Broadcast Booth causing Al Roker, Meredith Viera, and Matt Lauer to be cut off the air until the balloon was cleared away. 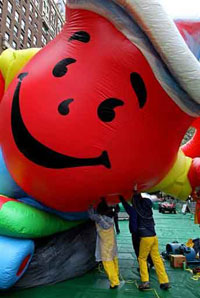 Kool-Aid Man (2011) – The Kool-Aid Man was tipped over when he became deflated, the incident did not result in any injuries.

As this years Macys Thanksgiving Day Parade draws near, we can only hope there will be no accidents with these gigantic balloons. The three-hour parade can be viewed on NBC at 9:00 AM Thanksgiving Day. The Phoenix personal injury lawyers and support staff at Phillips Law Group would like to wish everyone a safe Thanksgiving Day.