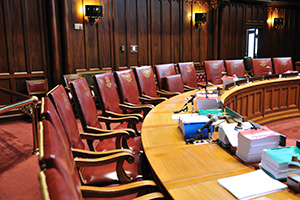 The U.S. Senate recently passed legislation that would allow the Department of Transportation to reward auto industry employees who report vehicle safety defects to the government, The Detroit News reported last week.

The newspaper wrote that the bill, the Motor Vehicle Safety Whistleblower Act, would enable these employees to be paid millions of dollars for reporting the defects.

According to the legislation, the reward would be available to any employee or contractor from an automobile manufacturer, part supplier, or dealership who reports previously unknown safety problems resulting in over $1 million in fines against an automotive company,

The Secretary of Transportation could pay the whistleblower up to 30 percent of the fines collected from the company, the Senate bill states.

Last November, Senators John Thune (R-S.D.) and Bill Nelson (D-Fla.) introduced the bill, which was passed by the Senate on April 28.

Earlier in the year, Thune had underscored the reason for the proposed law. While I believe most manufacturers are dedicated to putting vehicle safety first, there have been disappointing examples where that did not happen and Americans died and sustained serious injuries, he said in a written statement.

GM has linked 13 deaths to the defective switch, the nonprofit news website wrote.

The switch could malfunction by slipping out of position, shutting off power to the vehicle and making the air bags fail in a crash, the site added.

In a letter to the NHTSA, a Takata executive said that there were potential problems with the air bag inflators that could be caused by exposure to high levels of humidity in Florida and Puerto Rico.

Were You Injured by a Defective Product in Arizona?

Contact the Phillips Law Group. Our product liability lawyers can determine whether you have a viable liability claim.

You may be entitled to compensation for your injuries. But you must take the first step to find out by contacting a personal injury lawyer at our law fim today.