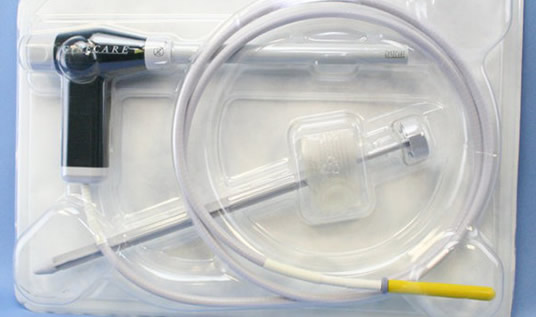 Johnson & Johnson has requested that doctors and hospitals return all of its power morcellators after reports that the devices can spread cancer in women who have had hysterectomies or myomectomies. The Phillips Law Group is also investigating these reports, and is interested in speaking with any woman who has contracted cancer after being operated on with a power morcellator.

The High Cost of Convenience

Power morcellators allowed surgeons to avoid these intensive surgeries by dissecting the uterus or fibroids into small pieces, then removing the pieces via a small abdominal incision.

While this made the surgeries easier on both the doctors and the patients, this past April the U.S. Food and Drug Administration determined that the use of power morcellators may spread previously undiagnosed cancer in women who received the surgery. The FDA found that when the uterus and fibroids were pulverized with the power morcellator, any cancerous cells within those tissues were also dissected and spread throughout a womans uterine cavity.

Did You Contract Cancer After a Hysterectomy?

If you or someone you love underwent a hysterectomy or myomectomy using a power morcellation device, it is important that you receive regular medical checkups to look for cancer. Often, a woman and her physician may not know that she has cancerous tumors in her uterus before morcellation.

Morcellation has been pinpointed as the cause for the worsening and advancement of certain cancers in women. If your cancer was diagnosed after morcellation, you may be able to recover compensation for your injuries.

If you suspect morcellation was a factor in your cancer diagnosis, call 1-800-706-3000 . Our experienced defective product attorneys can walk you through your rights after a cancer diagnosis and determine if you may have a claim for your injuries. Don’t wait – let our compassionate and experienced personal injury attorneys in Phoenix help you get the justice you deserve today.