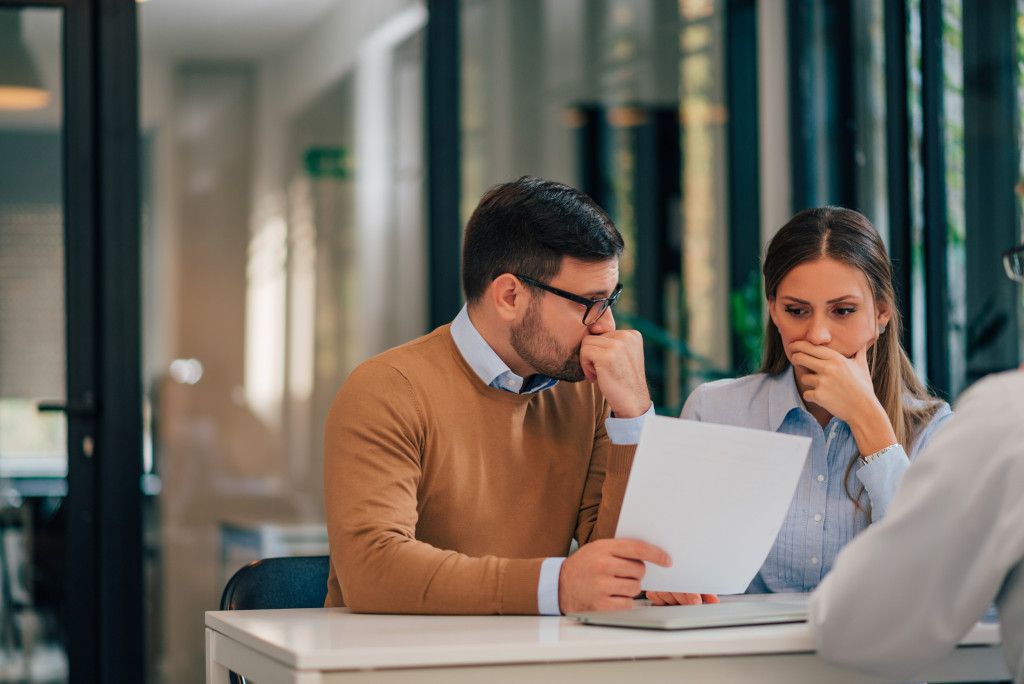 Insurance fraud is one of two things: either an insured files a false claim seeking compensation for non-existent or exaggerated losses, or an insurer purposely denies a legitimate claim. Most often, it is the former. An insurance fraud lawyer can offer a strong defense against these kinds of allegations.

The Coalition Against Insurance Fraud estimates the cost of insurance fraud to U.S. consumers to be approximately $80 billion a year. Because the problem has become so pervasive, insurance companies have been cracking down on investigations. Currently, 48 states have criminal statutes on insurance fraud.

A conviction for insurance fraud can result in heavy fines and even prison time. If you find yourself accused of insurance fraud, you’ll need experienced legal counsel. That’s where the team at Phillips Law Group comes in.

Contact Phillips today to schedule a free consultation with us to review your situation. If you move forward with us, our firm will thoroughly investigate your case and assist you in offering top-notch legal representation.

We take all cases on contingency, meaning there are no upfront costs, fees, or expenses for our services. Give us a call today, or fill out the form on this page to get in touch with us.

Insurance fraud can take one of three forms:

– exaggeration of a loss or injury (this is the most common)

– false claims about the reported loss

– the omission of required information

While many people consider insurance fraud a “victimless” crime, it bears mentioning that it adds $180 a year to the average auto insurance policy in Arizona.

The following examples are some of the most common situations in which people commit insurance fraud.

The insured exaggerates the degree of damage to the vehicle or the seriousness of their injuries (or both). This is difficult to pull off successfully unless an adjuster, mechanic, or physician is involved in the fraud, but it does happen.

This happens either when an insured exaggerates the nature of their injury or illness in order to get benefits to which they are not entitled, or a physician files a claim for a treatment offering a higher payout than the one actually administered. Physicians are also known to order unnecessary procedures in order to “pad” the bill.

This is another common scenario in which an employee exaggerates or feigns a work-related injury so as to receive benefits for which they would otherwise be ineligible.

This one is as old as the insurance industry itself. It is when a business or homeowner torches or otherwise destroys their own property in order to collect from their insurer. A person caught engaging in this type of fraud can be charged with the crime of arson in addition to insurance fraud.

This type of insurance fraud usually involves an intentional automobile collision. Afterward, the perpetrator will file false or exaggerated claims for their “injuries.”

This is nearly impossible to pull off these days. However, before digital records, it was not unheard of for someone to stage their own “death,” or even commit murder in order to collect on a life insurance policy (this was the basis of the 1944 noir film Double Indemnity).

Because an insurer typically receives thousands of claims on a daily basis, it is virtually impossible to investigate each one of them.

Today, however, computers and digital records have made it much easier to identify “red flags” indicating that a claim may be falsified or exaggerated. This usually involves comparing the suspicious claim’s value to that of similar claims over time. Most major insurers maintain a special division for fraud investigations, staffed by people who are specially trained to ferret out fraudulent claims.

State governments also have a Department of Insurance, which works with law enforcement to investigate fraud as well as other issues.

Fraudulent activities go on among insurers as well. There are times when an insurer fails or refuses to pay out a valid claim. Sometimes, these companies go so far as to underwrite a policy and collect their premiums. When the insured attempts to file a claim, however, they discover that their policy is worthless.

More commonly, the fraud is not committed by the company, but rather by an individual working there. Sometimes, it’s a conspiracy between a policyholder and an adjuster who receives an illegal kickback to inflate the settlement. Other times, a broker might “sell” an insurance policy, then pocket the insured’s premium. Unfortunately, the victim doesn’t discover the fraud until they attempt to file a claim.

As with any alleged crime, a reported case of insurance fraud is investigated by the local prosecutor’s office. Insurance fraud falls into one of two categories.

“Soft” fraud is essentially a crime of opportunity. The claim itself may be legitimate—in other words, the insured did incur a loss. However, they may exaggerate the value of the loss or claim an injury or illness that is either non-existent or more serious than it actually is. Because it is usually masked by an otherwise legitimate claim, it is easier for a perpetrator to get away with soft fraud. Often, it costs an insurer more to investigate such claims than it’s worth, so instead, they pass their losses on to consumers.

“Hard” fraud is carefully planned, and generally involves a claim that is completely false. You have probably heard more about hard fraud cases because they usually involve other serious crimes as well, including grand theft, staged accidents, arson, and in extreme cases, homicide. Hard insurance fraud is most often perpetrated by major crime organizations, though not always.

Whichever category a case of criminal insurance fraud falls into, the perpetrator is still constitutionally entitled to a presumption of innocence and the prosecution must prove its case beyond a reasonable doubt. In order to prove guilt, the prosecution must establish that the suspect made a false and misleading statement in connection with the claim and/or payout, and these statements had a potential impact on the outcome.

Penalties for insurance fraud vary according to the seriousness of the crime, how much money was involved, and whether or not any other criminal acts were committed, as well as the suspect’s own criminal record. These include incarceration, fines and restitution, and (for less severe cases) probation and community service.

Each jurisdiction has different laws regarding such penalties; in Arizona, a conviction for insurance fraud can result in a 15-year prison sentence.

When To Consult an Insurance Fraud Lawyer

There are two situations in which you should get legal representation in an insurance fraud case: either you stand accused of committing a fraudulent act, or you have been the victim of insurance fraud.

If You Face Fraud Charges

Even people who honestly file insurance claims can find themselves charged with fraud or attempted fraud. A 2019 story from BuzzFeed News reported that approximately 14,500 policyholders were reported to Florida law enforcement over a five-year period—and in three-quarters of those cases, there was insufficient evidence to warrant a criminal investigation. The story also reported that insurers often team up with law enforcement to ferret out suspected cases of fraud. The result is that many innocent people are caught up in the net and are severely harmed as a result.

If you are charged, do not speak to anyone. Exercise your Fifth Amendment right and contact an attorney as soon as possible. Advise your lawyer of any witnesses who can testify on your behalf as well as any exculpatory evidence that may help prove your innocence.

An insurance fraud attorney can offer three types of defense against these kinds of allegations:

– You were not in a position to commit the fraud. For example, an insurance company accuses you of setting fire to your property when you were nowhere in the vicinity.

– You made an honest error when filling out the claim form with no criminal intent.

– Someone else damaged your property, which is why you filed the claim in the first place.

On the other hand, if they have evidence against you, an insurance fraud attorney can work with the prosecution to create a plea deal and minimize your sentence.

If You Are a Victim of Insurance Fraud

Staged auto accidents are a common form of insurance fraud to which people fall victim. Another sign can be a physician who orders unnecessary medical tests or procedures as well as questionable charges on a medical bill or invoice.

If you believe you are a victim, your first step is to contact the insurance company and inform the appropriate people. They may ask you to file a police report, or they may do so on your behalf. Depending on how the case plays out, you may need to appear in court. If this happens, you will want to consult with an experienced insurance fraud lawyer who may be able to help get you restitution to cover the damages resulting from the fraud.

If your insurer is acting in bad faith—for example, the company refuses to pay out a legitimate claim, underpays the claim, or delays payment for no apparent reason—you can also file a lawsuit against them. In addition to compensatory damages (the amount of money the insurance company was obliged to pay in the first place), you may be able to receive punitive damages as well.