Update: Bayer will discontinue all sales of Essure birth control devices in the U.S. by the end of 2018. This action comes just three months after the U.S. Food and Drug Administration (FDA) issued an order restricting the sale and distribution of Essure devices. The order required patients to be informed of the risks and benefits of Essure, including chronic pain, ectopic pregnancy and migration of the device. The demand for this birth control device began to decline in 2016 after the FDA added a black box warning notifying patients of the risks of the product. 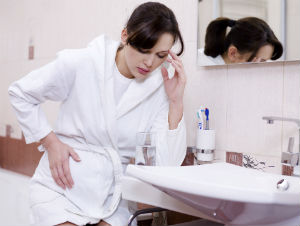 The Food and Drug Administration has received more than 5,000 reports about Essure side effects since 2002. If you or someone you know has suffered severe side effects due to the device, you may be entitled to file an Essure lawsuit.

The experienced class action lawyers at Phillips Law Group can help you determine your legal rights.

The Essure birth control system, originally manufactured by Conceptus, was approved in 2002. In 2013, Bayer bought Conceptus and the companies merged. The device is made up of two metal coils that doctors place inside the fallopian tubes. Once in place, tissue grows in and around the device, which forms a blockage in the fallopian tubes and prevents conception.

The short-term risks include moderate pain, vaginal bleeding and cramping. However, long-term risks, many of which women have reported, include:

Some women suffer from itching or develop rashes, which is associated with a possible nickel allergy.

If the device migrates or breaks, removal of the device could require multiple surgeries.

The Food and Drug Administration announced in 2014 that it would be reviewing complaints over Essure. Presently, they are reviewing information from a panel meeting, public docket, medical literature and adverse events report to evaluate the device. The FDA expects to complete its review in February 2016.

Victims of Essure feel that their health problems were ignored and Bayer failed to warn them of the potentially deadly side effects linked to the device. The Essure lawsuit filed against Bayer alleged that the manufacturer hid evidence of the risks associated with the device in order to get pre-market approval.

Some believe that Essure should have never been marketed or sold, and that the manufacturer violated the conditions upon which it received premarket approval.

Thousands of women have suffered illness and injury after being implanted with an Essure birth control device. When a company fails to provide consumers with a safe product, they need to be held accountable for their actions.

The product defective product attorneys at Phillips Law Group are here to help those who have been impacted by this dangerous medical device. Our team of attorneys can help you determine your legal rights and if you are entitled to compensation.