Are These Valid Reasons to Assign Fault to a Crash Victim? 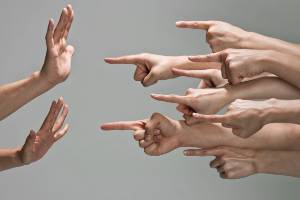 Crash victims can be assigned partial fault for an accident for a variety of reasons. Sometimes the victim and the other driver were negligent in some way, such as if one or both drivers were speeding, disobeying traffic laws, or being reckless in some way.

However, it is difficult to trust what the insurance company tells you about your role in the crash. Sometimes insurers lead crash victims to believe they are at fault because of things that are unrelated to what caused the crash, such as not wearing a seat belt or driving with an expired driver’s license or expired license plate.

Unfortunately, crash victims may believe what they hear from the insurance company. Victims may think they should not have been on the road with an expired license, or that they would have avoided any serious injury by wearing a seat belt. Even though those sentiments may be true, car crashes are often the result of one driver’s negligent actions behind the wheel.

Below, our experienced attorneys discuss partial fault for a car crash and when victims may be wrongly assigned fault for a crash. Victims may not realize the value of their claim can be reduced based on their role in the crash, which is why you do not want to be assigned more than your fair share of fault.

If you broke traffic laws or were reckless or negligent in some way, you could be assigned fault for the crash. Arizona is an at-fault state, which means at-fault parties are liable for damages. If you are assigned partial fault, your compensation award will be reduced using the percentage of fault you are assigned. That means you would not receive full compensation for your damages.

There are many reasons a crash victim could be found partially at fault. For example, if you were distracted or speeding, you may have contributed to the crash. If you had a broken taillight, you may be partially at fault because your vehicle could not properly warn the drivers behind you that you were slowing down.

However, it is important to remember many crashes are the fault of just one driver. There are some that involve two negligent drivers, including the victim. That is why it is important to be cautious about assuming you are at all to blame for an accident.

Discuss things with a licensed attorney and do not assume anything. Being found at fault benefits the insurance company, which means they have an interest in assigning fault to you, even if you are not at fault. While there are legitimate reasons for victims to be assigned fault, insurers may assign fault because of things that have nothing to do with what caused the crash. They know you need money from a settlement and may be tempted to accept a lowball offer.

When Victims Are Wrongly Assigned Fault for a Crash

It is important to understand what it means to be found at fault for a car crash or a personal injury. If you are at fault, you were negligent in some way. Negligence means you failed to uphold a duty of care, and this directly led to an accident or injury. In other words, without your actions, an injury would not have happened.

Not Wearing a Seat Belt

You may have been negligent in some ways that are not connected to the cause of a crash. For example, not wearing your seat belt while traveling in a car is negligent. You are increasing your chances of suffering serious or even life-threatening injury in a crash. Research has consistently shown wearing a seat belt dramatically lowers your risk of severe injury in a crash.

The seat belt defense has been used in Arizona courts. If the other side uses this defense in court and is successful, not wearing a seat belt could hurt your chances of recovering compensation. However, this may only apply if your case goes to court. Most cases are settled and going to court is not necessary.

Even if the insurance company tries to use the seat belt defense against you, it might not hold up in court. The bottom line is you should not assume that not wearing a seat belt could hurt your case. Your decision to not wear a seat belt did not cause the other driver to behave negligently.

Driving With an Expired Tag or Driver’s License

Driving with an expired license is not only negligent but also illegal. You could face several hundred dollars in fines, probation and possibly jail time.

While driving with an expired license is certainly careless, it did not cause another driver to act negligently. It is possible having an expired license affected your behavior behind the wheel. Maybe you were driving more slowly or more cautiously. However, when it comes to fault for a crash, a driver’s behavior behind the wheel is the key factor. The reason for his or her behavior does not matter.

If the insurance company finds out you had an expired license and says you are partially at fault simply because of that, that is not true. They may say you should not have been on the road and if you had not been on the road a crash would never have happened. This may sound convincing when the insurance company says it, however, this does not change the fact another driver behaved recklessly.

Driving with an expired tag is also careless, but it has nothing to do with the cause of the crash. You may be partially at fault for another reason that is directly related to the crash happening.

It is important to note some insurance policies void coverage if you were driving with an expired license. However, you should review your policy to be sure the insurance company is not making a false claim about your coverage being voided. Sometimes coverage still applies if your license was valid at the time that you purchased your policy. This is something to review with an experienced attorney.

Unsure about your legal options after a crash? Need help dealing with the insurance company?

Phillips Law Group’s experienced Phoenix-based car crash lawyers are here to help. We have been securing compensation for crash victims for nearly 30 years and there are no upfront fees or legal obligations. There is no risk in giving us a call to learn how we may be able to help you.