Reasons Crash Victims May be Partially at Fault 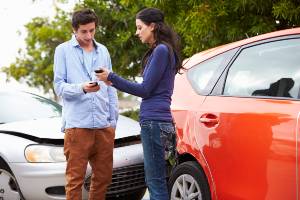 Crash victims have a habit of thinking they are at least partially at fault for a car crash, even if the other driver may bear full liability for the accident. Thinking you are at fault for a crash may come from a good place, because many people do not want to downplay their accountability.

However, you need to be careful about admitting fault for a crash because you could be wrong. If you tell the insurance company you are partially at fault, they will use your words against you, even if you are not at fault.

Each crash is unique, so it is important to learn about some common reasons why crash victims might be found partially at fault for an accident. This may help you to know when you may or may not have any liability.

That said, make sure to keep your thoughts about fault for the crash to yourself. You do not want to discuss this with the insurance company, because they are not looking out for your best interests. You should only discuss the crash confidentially with your attorney as your conversations are protected by attorney-client privilege.

Assigning Fault for a Car Crash

The at-fault driver’s insurance company will be looking for some way to assign at least part of the blame for the crash to you. For a claim of partial fault to hold up, however, the insurance company must prove your action or inaction directly contributed to the accident. In other words, you failed to uphold a duty of care and there is a causal link between the breach and the accident.

There are many examples of negligent actions that could lead to a car crash, such as:

Many accidents are the result of one driver’s negligence where the victim could not have done anything to avoid it. For example, if you got sideswiped by a driver who did not check his or her blind spot. Maybe the other side could argue that you could have tried to move out of the driver’s blind spot. However, if you were not speeding and were clearly in your lane, you are not at fault.

If you were following traffic laws and got rear-ended by another driver who was tailgating you, the other driver is likely 100 percent at fault. In most cases, there is nothing you could have or should have done to prevent the crash.

It is easy to look back and realize there are things you could have done to prevent a crash. However, the insurance company still needs to prove negligence on your part and show how it caused the crash.

Some examples of when you may share fault could include:

Sometimes drivers who bear the most fault for a crash often get angry and try to blame the victim. They do this even if it is in no way true. Be careful not to start thinking you are partially at fault just because the other driver angrily accuses you of causing the crash.

Wait to Talk with an Attorney Before Claiming Fault

Regardless of whether you may think you are partly at fault; you should only discuss this issue with your attorney. Even if you might have contributed to the crash, the insurance company may try to assign you way too much fault.

In short, when it comes to fault for a crash, it is best to avoid making assumptions. Talk to your lawyer about what happened first. An experienced lawyer has handled many car crash claims and should be able to advise you on when you may be partially to blame.

Have Questions After a Crash? Call Phillips Law Group Today

For nearly three decades, our Phoenix vehicle accident attorneys have been helping crash victims secure compensation after an accident. We are prepared to aggressively negotiate to seek maximum compensation on your behalf.

We know you have financial concerns during this difficult time, and that is why we work on contingency. That means no upfront fees and no fees while working your case. The initial consultation is also free.