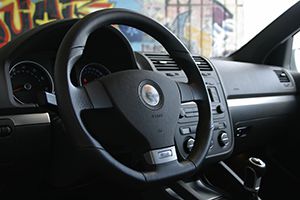 Volkswagen has agreed to a $10.2 billion payout in its emissions scandal case, one of the largest payouts by an automaker in the United States. The settlement is the result of VW’s admission that it was using software in its vehicles that cheated to get around emission testing.

The payout will be between $1,000 and $7,000 per vehicle, and it affects owners of 482,000 vehicles. The settlement also includes an agreement to fix the vehicles so that they do actually comply with emission standards. Roughly three-fourths of the payout will go to car owners while the other one-fourth will be used to cover government fines.

Prosecutors found that the case against Volkswagen was even worse than the unintended acceleration issue in Toyota models and General Motors’ ignition-switch defect. That is perhaps the reason that this award dwarfs many of the other defective vehicle settlements.

Volkswagen vehicles were emitting up to 40 times the legal limit of harmful chemicals like nitrogen oxide. Commentators note that Volkswagen has been working around the emissions laws for years, and that it is important for police to have resources to properly test and discover this type of scandal. Perhaps this will be a much-needed wake up call to Volkswagen and other vehicle manufacturers around the world.

Volkswagen has announced that it plans to add 30 electric models to its vehicle offerings by the year 2025. Some industry experts, however, remain unconvinced of Volkswagen’s efforts to be energy efficient.

Whenever a vehicle promises to do something but does not do it, there may be grounds for a legal claim. Recalled vehicles that have defective parts or processes are far more likely to occur than a deliberate scandal, however. If you or a loved one has been injured in any way due to a vehicle, you may have a legal claim under products liability law.

The product liability attorneys at Phillips Law Group can help you determine your legal options.