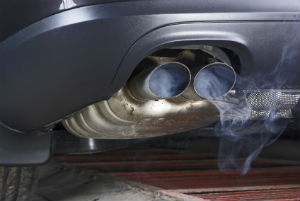 Volkswagen has announced that the company will plead guilty to criminal charges and pay $4.3 billion in penalties, the largest fine issued against an automaker in U.S. history.

Volkswagen lied to consumers and government regulators in a 10-year long conspiracy regarding approximately 590,000 vehicles in the U.S. equipped with software that falsely reported low carbon emissions in an attempt to cheat U.S. standards.

The $4.3 billion settlement is comprised of a $2.8 billion criminal penalty as well as $1.5 billion to settle civil claims. In addition to the fines, the company will be under an independent corporate compliance monitor for a three-year period.

An Eastern District of Michigan federal grand jury has indicted six Volkswagen executives and employees for their part in the conspiracy. Four of the high-level executives are charged with wire fraud and Clean Air Act violations while all are charged with at least one count of conspiracy to defraud the U.S. government.

One Volkswagen executive was arrested in Miami on Jan. 7, 2017 and appeared before a federal court on Jan. 16. The other defendants are presumed to currently reside in Germany.

While Volkswagen has agreed to the $4.3 billion settlement and guilty plea, the deal has not been approved by the U.S. federal court.

The emissions scandal affected 2009 to 2016 models of Volkswagen, Porsche and Audi vehicles with 2.0 and 3.0 liter diesel engine. The vehicles were equipped with emissions cheating software that deceptively reported lower levels to EPA regulators. In total, 11 million vehicle were affected world-wide.

In October 2016, afederal judge approved a $14.7 billion settlement that involved an agreement between Volkswagen, the U.S. government and U.S. consumers.

The agreement included Volkswagen paying as much as $10 billion to buy back or repair the affected vehicles, and pay nearly $5 billion for environmental restoration.

If you own a vehicle impacted by the Volkswagen emissions cheating scandal, you may be entitled to compensation for your vehicle. Contact our reputable Volkswagen emissions attorney at the Phillips Law Group and receive a complimentary legal consultation to discuss your options. Our services are always provided on a contingency fee basis, so we do not get paid unless you do.