How a Crash Victim’s Traffic Citation May Affect a Claim 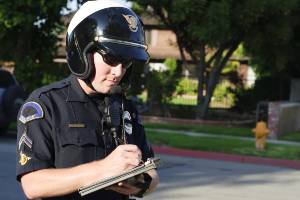 There are some car crashes where one driver is clearly at fault and the other bears no fault. However, there are many accidents where both drivers share some percentage of blame. This may be the case if both drivers received a traffic citation.

It is important to discuss a situation like this with a licensed attorney who may be able to review your claim and determine how you may still be able to pursue compensation, even if you received a citation.

If you have questions about a car crash claim, give Phillips Law Group a call to see how an attorney may be able to assist you. Our firm has secured hundreds of millions in compensation and has more Google Reviews than any other Arizona consumer law firm. An initial consultation is free.

How a Traffic Citation Could Affect Your Claim

One of the most important factors to consider is whether the citation you received was for something that played a role in the crash. For example, if you were cited for speeding, you likely bear some amount of fault for the crash.

Under Arizona’s comparative negligence law, any compensation award you receive will be reduced in proportion to your percentage of fault. If you are 20 percent at fault, your award will be reduced by 20 percent.

Other types of traffic citations that may reduce your compensation award include:

Traffic Citations That May Not Impact a Claim

A traffic citation for a broken taillight might not have an impact on your claim, especially if you were hit head-on or from the side and not the back. If you were rear-ended, a working taillight may have helped prevent a crash.

A citation for failure to wear a seat belt may impact your claim, as your injuries may have been less severe if you were buckled up at the time of the crash. However, a Phoenix auto accident attorney may be able to help you counter this defense if it is used by the insurance company. Insurers often struggle to make this defense hold up in court, as courts have generally held defendants must take plaintiffs as they find them.

There are many other issues that could result in you receiving a traffic citation, such as:

In many cases, these infractions have nothing to do with the cause of the crash. The insurance company will likely say they indicate careless behavior. However, unless your careless behavior played a role in the crash, it is irrelevant to your claim.

That said, it is important to have an experienced attorney representing your claim to counter the insurance company’s attempts to deny or devalue your claim.

You should not assume you are at fault simply because you were issued a traffic citation. Even if it seems clear you are at fault, keep this to yourself. You should only discuss this with your lawyer, as the insurance company is already looking for things to use against you.

Unsure What to do After a Car Crash? Call Phillips Law Group

Our attorneys have assisted numerous car crash victims with their claims and have obtained millions on their behalf. If you have questions about your claim or are having trouble securing full compensation from the insurance company, we are here to help.

Give us a call to schedule a free initial consultation. There is no obligation to hire our firm and no upfront fees while we work on your case.