Steps to Take After an Injury in Hit-and-Run Accident 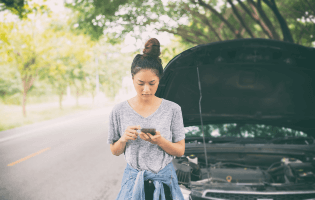 Watching someone drive away after crashing into your car is like adding insult to injury because the at-fault driver is trying to avoid accepting responsibility for your damages.

This can make crash victims angry, and that is understandable. However, it is important to try to keep your wits about you. There may be a matter of seconds for you to catch a glimpse of the license plate and write down the number or commit it to memory. You may also only have a few seconds to get a look at the driver.

Since there is so little time to react, it is important to be prepared for this type of accident. If you can get a good look at the license plate and the person driving the car, the police may be more likely to find both the car and driver. This may make it much easier to pursue compensation for your injuries and other damages.

If you have any questions about seeking compensation after a hit-and-run accident, call Phillips Law Group to schedule a free legal consultation.

Steps to Take After a Hit-and-Run Crash

There are some things you should and should not do after a hit-and-run crash. These tips are not only about preserving a potential claim for compensation. These tips are also about keeping you safe.

Do Not Chase the Fleeing Driver

It is natural to be upset about a driver crashing into your car and then fleeing. However, it can be very dangerous to chase a hit-and-run driver.

Your car may not be safe to drive for a few reasons, one being that the damage from the crash may make your car more difficult to control.

You also need to consider why the driver is fleeing. He or she could be a criminal with a possible outstanding arrest warrant. Or the person was fleeing the scene of a crime before they crashed into you

Police police are trained to deal with these kinds of situations, so it is in your best interest to let the police handle it.

Take Note of the Car and the Driver

Hit-and-run crash victims should always try to get the license plate number of the fleeing car. This is the most valuable piece of information for the police when trying to find the car.

It may help to say the numbers and letters out loud as you see them. Although you may not have quick access to a pen and paper to write it down, you may have time to grab your phone and record a video of the fleeing car or snap a picture.

Other helpful information for the police may include:

It can also be helpful to note the physical appearance of the driver. Was the driver a man or woman? What was this person’s hairstyle? Can you give a ballpark estimate of the person’s age?

Even though car insurance usually follows the car in Arizona, if the owner’s insurance coverage runs out, you may be able to seek compensation from the at-fault driver’s coverage. However, you need to be able to identify this person.

Time is of the essence after a hit-and-run accident. As soon as the fleeing car is out of view, and you have written down details about the car and driver, call 9-1-1 and explain what happened. The most important reason to call 9-1-1 is so first responders can get to the scene and assess your injuries. However, the police can also be dispatched to try to find the car and at-fault driver.

Relay all the information you were able to collect to the 9-1-1 operator so he or she can relay it to the police.

Sometimes a hit-and-run driver gets away before the victim has a chance to get much information about him or her or the car this person was driving. In these situations, witnesses can be invaluable.

If it is safe to get out of your car and you will not be causing yourself further harm, look around and ask people if they saw what happened. With their permission, you can record a video of your conversation. Make sure to ask for their name and contact information for future reference.

Recovering Compensation After a Hit-and-Run Crash

If the police can locate the driver and he or she has insurance, or there is insurance on the vehicle and it was not being driven by the owner, a claim will likely proceed the same way it would for a non-hit-and-run crash.

However, what happens if the police cannot find the driver or he or she lacks insurance?

In these situations, you would likely file a claim against the uninsured motorist coverage in your own car insurance policy.

Injured in a Car Crash? We are Prepared to Help

There can be much confusion and uncertainty after a car accident. Victims may have many questions, such as:

At Phillips Law Group, we have an idea of what accident victims are going through because we have helped so many seek compensation for their damages. Our proven track record includes hundreds of millions recovered for our clients, including many car crash victims.

The initial consultation is free and comes with no obligation to hire our firm. That means there is no risk to you in contacting us. We are not paid unless you receive compensation.