Determining Liability for a Crash During a Right Turn 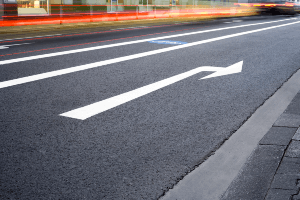 While left turns are significantly more dangerous, many crashes also happen during right turns. Turning drivers and oncoming drivers often do not pay enough attention. Others engage in reckless behaviors, like speeding, which frequently results in dangerous accidents.

Below, the Phoenix-based car accident lawyers with Phillips Law Group discuss how fault is likely to be assessed after a right-turn crash. If you were injured in this type of collision and have reason to believe another driver is to blame, give our firm a call to schedule a free consultation. We have helped many crash victims recover compensation for their damages.

However, there may be other factors to consider:

In these situations, it is important for crash victims to discuss the situation with a licensed attorney. Both drivers may share fault, and it is possible the oncoming driver bears much of the fault.

It is illegal to change lanes in the middle of an intersection, and this is something the turning driver might not see.

Even though oncoming cars have the right of way, it may be reasonable to expect an oncoming driver to slow down if the turning driver cuts him off. Even if a car makes the turn too soon, if there is enough of a gap between both vehicles, the oncoming driver should have enough time to slow down to prevent a crash.

Bicyclists and pedestrians must be cautious when crossing intersections, as drivers often do not pay enough attention. This can be particularly true for drivers who are turning right. Often, drivers look at oncoming traffic, and when they are ready to go, they hit the gas before checking for bicyclists or pedestrians who may be crossing the road they are about to turn on.

How do Most Right-Turn Crashes Happen?

There are many reasons why right-turn crashes occur and many risk factors that make these crashes more likely, such as:

As with other types of accidents, sometimes there is nothing you can do. If another driver acts in a reckless manner, you may not be able to avoid a crash.

Rather than hurriedly crossing an intersection, you should first look for cars that are in the right-turn lane that is perpendicular to yours. If someone is about to turn, keep an eye on that person’s car. If the driver starts to turn into your lane, you want to be aware of it right away, so you have time to slow down or change lanes.

While you should always be focused on your driving, it is especially important when you pass through an intersection, as there is so much activity.

Speeding is dangerous for many reasons. One of the biggest reasons is you have less time to react to an unexpected situation. Sometimes one second is all you need to be able to slow down and avoid a crash.

While slowing down usually refers to speed, it also refers to not being in a rush. If you are in a hurry to make a turn, you may pull out much too soon and put yourself at risk. Oncoming cars are often going much faster than you are.

Make Sure You Have Enough Time to Make the Turn

Keep an eye on oncoming cars to get an idea of how fast they are traveling. Are they speeding up? Is the driver paying attention? If you are unsure if it is safe to turn, simply wait.

If you need legal help after a crash, call Phillips Law Group to learn how we may be able to assist you. If we validate your case, and you hire our firm to represent you, we are prepared to aggressively seek maximum compensation for your damages.

Our firm has obtained more than $750 million in compensation on behalf of our clients, many of whom were injured in motor vehicle accidents.