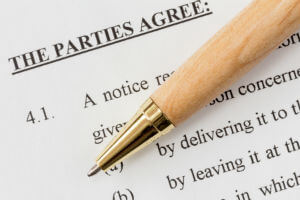 The Sackler Family, which owns OxyContin maker Purdue Pharma, is negotiating a settlement of thousands of opioid-abuse lawsuits that may require the family to pay $3 billion of its own money.

However, under the terms of the proposed settlement, the family would not simply be paying billions of dollars to the plaintiffs. Most of the money would come from restructuring Purdue Pharma through Chapter 11 bankruptcy. This would turn the company into a public beneficiary trust, allowing any profits from drug sales to be paid to the plaintiffs.

The company would also give its addiction-treatment drugs to the public for free. These drugs include a nasal spray to help reverse overdoses and pills to help control cravings for opioids. Ironically, the company would pay for these drugs through the continued sale of OxyContin.

The value of these drug donations and profits from the trust are estimated at about $7 or $8 billion.

Settlement talks have been going on for months, and if a settlement gets done, it would be the first time a manufacturer, distributor or retailer of prescription opioids has settled all the lawsuits against it for its role in the opioid crisis.

Purdue Pharma released a statement in response to reports about settlement talks. It says the company does not see the benefit to years of litigation and appeals because the people affected by the opioid crisis need help now. The company believes a resolution of all the lawsuits is the best way forward.

Criticism of the Proposed Settlement

Even though a settlement would help those affected by opioid addiction, the Sackler family may end up keeping much of their wealth.

Some of the plaintiffs oppose the settlement because they do not trust the valuations given by the Sackler family and Purdue Pharma.

However, if the settlement fails and the Sacklers put the company in Chapter 11, the plaintiffs in these lawsuits may have split up as little as $1.2 billion.

Only 10 states have been represented at negotiations, and there is a total of 38 states that have filed lawsuits against Purdue. All these states would need to sign on to the settlement for it to take effect.

Purdue introduced OxyContin to the prescription painkiller market back in 1996. The company aggressively marketed the drug, and this is widely viewed as a main reason why the opioid epidemic started.

In 2007, three of the top executives at the company pled guilty to misleading regulators, doctors and patients about the risk of addiction from OxyContin. Even though the company paid a $600 million fine, Purdue continued to aggressively promote the drug, oversell its benefits and downplay the risks.

If a settlement is reached, the Sackler family will no longer be involved in the drug companies that were founded by the Sackler brothers back in the 1950s.

Have you or a loved one been affected by the opioid epidemic?

Call our experienced defective drug lawyers for a free legal consultation today. We can discuss your situation and whether you may be able to file an opioid lawsuit. If you have a case, we can guide you through the legal process, pursuing fair compensation for damages.

The consultation comes with no obligation to take legal action and there are no attorney’s fees unless you receive compensation.