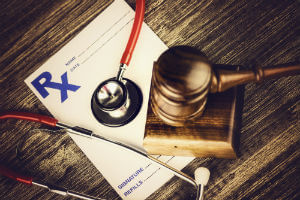 A new study has shown that proton pump inhibitors (PPIs), a type of drug commonly used to treat heartburn, can increase a user’s risk of death by 25 percent.

The Phillips Law Group’s dedicated Phoenix defective drug attorneys want you to know the risks associated with PPI use. If you or someone you love has been harmed after taking a PPI, contact us to find out if you have legal options.

What Are Proton Pump Inhibitors?

Proton pump inhibitors are a type of medication used to reduce the production of excess acid in the stomach. This prevents the formation of ulcers in the esophagus, stomach and part of the intestines closest to the stomach, and allows already formed ulcers to heal.

PPIs are also used to treat patients suffering from chronic heartburn and Gastroesophageal reflux disease (GERD). Millions of people use both prescription and over-the-counter PPI brands, such as:

Although PPIs are intended to reduce acid production in the stomach, research has found that the drug also eliminates acid production in nearly every part of the body. This can obstruct the body’s ability to eliminate damaged proteins and harmful waste and may lead to several health problems.

The study, conducted by researchers from the Washington University School of Medicine in St. Louis, shows that PPIs could pose a higher risk of death for users.

Although numerous studies have previously called attention to possible health risks associated with the medication, researchers tested the theory that these health risk may increase the mortality rate among PPI users.

The study analyzed medical records obtained through the U.S. Department of Veterans Affairs regarding the death rates of patients prescribed PPIs versus those taking H2 blockers, another type of stomach acid reducer. Researchers also compared the data in these findings to data pertaining to patients who were not taking either medications.

The study’s results indicated that patients who take PPIs were up to 25 percent more likely to die from a medical condition than patients taking H2 blockers. Researchers found that the risk of death in PPI patients increased after extended use of the drug.

However, most patients that are prescribed PPIs are generally older and tend to have several medical conditions. Regardless, all patients are encouraged to review medications with their doctors regularly and to stop using drugs deemed no longer necessary by their physician.

Other Health Risks Linked to PPIs

Additional studies have uncovered other possible health risks tied to PPI use, such as:

It is still unclear why PPIs put users at a higher risk of dying or developing certain medical conditions. However, medical experts believe the drug’s effect on gastric acid production causes changes in the stomach and lower bowels.

These changes could impact the efficiency or metabolism of other medications used to treat other conditions. Mineral absorption by the body is also affected by the stomach, which may be a factor.

Prescription PPIs, as analyzed in this recent study, are designed to treat severe conditions over extended periods of time. Over-the-counter medications are intended for short-term use only and are only approved by the U.S. Food and Drug Administration for such use.

The Phoenix defective drug lawyers of Phillips Law Group fight to hold negligent pharmaceutical companies accountable for the harm their products cause.

We will work to maximize the damages you can recover as compensation for your medical bills, lost wages, and pain and suffering.

Contact us to schedule a free, no obligation consultation to learn the legal options available regarding your defective drug claim. Our attorneys only require payment for legal fees if we recover compensation for your claim.