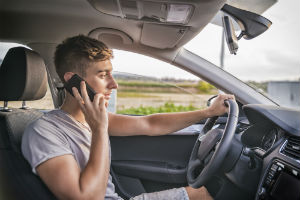 Ridesharing company Uber has been dealing with a barrage of lawsuits since it launched in 2009. The company is currently facing over 70 federal cases and numerous others in state courts.

Uber’s largest legal battles are ongoing class action lawsuits from drivers alleging that they are misclassified as contractors instead of employees. Contractors are not entitled to the same protections as employees, including minimum wage, overtime, workers’ compensation, end-of-job protections and other benefits.

One of these class-action lawsuits is close to being resolved as lawyers in Massachusetts and California have reached agreement on a $100 million settlement. If the settlement is approved, drivers in these states would not be reclassified as employees but they would be able to ask for tips.

The settlement would also provide drivers across the country with back pay and other job-termination benefits if Uber terminates service in their area without warning.

In another class action lawsuit, the New York Taxi Workers Alliance filed a federal lawsuit over the misclassification of 10 Uber drivers. The union represents 5,000 Uber drivers and claims that they should be classified as employees and be eligible for minimum wage, overtime and reimbursement of expenses like gas and mileage.

There is another case in Austin, Texas, in which multiple drivers are suing Uber and Lyft to recover back pay and benefits because both rideshare companies quickly stopped servicing the city. Many drivers found themselves out of work overnight and unable to fend for themselves and their families.

Misclassifying employees as contractors also allows Uber to avoid paying for workers’ compensation insurance, which would provide compensation for drivers’ medical bills and lost wages if they get hurt on the job and cannot work.

If you have driven for Uber X, you could be entitled to workers’ compensation benefits, unpaid wages, reimbursement of expenses and other compensation because you were misclassified as an independent contractor. Contact the Uber X driver misclassification lawyers atPhillips Law Group to discuss your legal options.

Call 1-800-706-3000 or complete a Case Evaluation. Free consultation by phone. No fees to start your case and no fees unless we win your case.