What if the At-Fault Driver Died in the Crash? 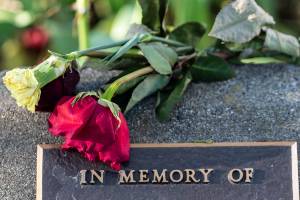 Some negligent drivers do not survive the accidents they cause, but the victims do. When this happens, victims may be unsure about their options for seeking compensation for damages, such as medical expenses and lost wages.

Can you still file a claim with the deceased’s insurance company? Will you be seeking compensation from the decedent’s surviving family members?

These and other questions are all things that can be discussed in a free legal consultation with a licensed Phoenix auto accident lawyer at Phillips Law Group. We understand the concerns victims of these crashes may have and we are prepared to help. Our firm operates on a contingency fee basis, which means there are no upfront fees or obligations.

You also have the right to file a lawsuit against the at-fault driver, where the liability insurance would also step in to handle the case and pay out damages However, it is important to note most claims do not end up in court.

How Could the At-Fault Driver’s Death Affect Your Claim?

Some victims may be concerned about pursuing compensation from the at-fault driver’s surviving family members. That is a valid concern because most people would not want to do that, even though the deceased caused the crash. Victims often feel sympathetic to the surviving family because they just lost a loved one.

What if the Insurance Policy Does Not Cover My Damages?

It is possible your damages could be worth more than the value of the at-fault driver’s liability insurance. If that happens, you may be able to file a claim against the underinsured motorist coverage in your own car insurance policy. Such a claim may cover the difference between the value of the at-fault driver’s insurance and the full cost of your damages.

What if the Other Driver Did Not Have Car Insurance?

It is important to note uninsured/underinsured motorist coverage is not required in Arizona because drivers have the right to reject this coverage in writing. However, most drivers have it because they choose not to reject the coverage. Even though there is additional cost, it can be well worth it if you get into a crash with an uninsured driver.

What if My Uninsured Motorist Coverage Runs Out?

You may become involved in the probate process, during which the estate is divided up to settle debts and deliver inheritance money according to the deceased’s will. You would become a creditor with a claim on the estate. If you settle or win your case in court, the estate may be ordered to pay its debt to you.

It is important to remember it is rare for a car accident claim to be filed against the estate of a deceased driver. These claims are likely to be resolved through an insurance settlement.

Proving a Case Against a Deceased At-Fault Driver

The deceased driver’s death does not automatically prove he or she was negligent in the crash. Your attorney will still need to gather evidence and build a case to recover compensation from the insurance company. You can be sure the insurance company will be looking for some way to deny or undervalue the claim.

Whenever possible, crash victims should try to take steps to document the scene, as this can help their attorney build a case. For example, pictures taken at the scene after the crash can be helpful. Statements from witnesses may also help an attorney establish what happened in the crash and how one of the drivers may have been negligent.

Need Legal Help After a Car Crash? Give Us a Call Today

For nearly 30 years, Phillips Law Group has been securing compensation for victims of crashes caused by negligent drivers. We have extensive knowledge of the many factors involved in these cases and how to gather the evidence we need to build a strong case.

There are no upfront fees or legal obligations with our services. We do not get paid unless our clients get paid.