Difference Between Failure to Act and Careless Actions 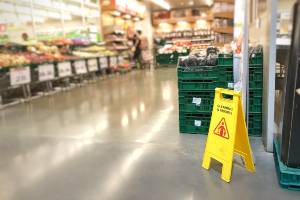 Most personal injury cases apply the legal theory of negligence to attempt to prove liability for an injury. While there are four elements of negligence, one of the most important things to remember is it is about careless or thoughtless conduct that results in an injury.

Much of the time, injury victims claim another party did something that could be considered careless, and this resulted in the accident that caused the injury. However, sometimes an injury is caused by a failure to act to help prevent an injury to another person. For example, a property owner may have failed to act to remove a hazard that caused a slip and fall.

Below, we discuss more examples of when an injury may have been caused by a failure to act as opposed to some type of careless action.

If you were injured and you think it could have been prevented if another party had acted differently, give us a call today to schedule a free legal consultation. We may be able to help you seek compensation for your damages.

When is Someone Else Obligated to Act to Prevent Harm?

This is a complex question that is highly dependent on the situation you are discussing. Attorneys need to determine what is reasonable in a situation.

For example, it is reasonable to expect other people to follow the law. If your car crash was caused by a driver who failed to stop at an intersection, that is likely to be considered an unreasonable failure to act. If a bicyclist gets hit by a car but there was plenty of space for the driver to go around the cyclist, it may be considered unreasonable for the driver to not have moved over.

In many cases, attorneys consider what a reasonable person would likely have done if he or she were in the same situation, knowing what the defendant knew at the time.

This concept may also apply to slip and fall cases. However, liability for these cases is more complicated because the victim’s legal status at the time of the accident comes into play. The legal status of the victim determines the property owner’s level of obligation to him or her.

Failing to act often comes up in these cases because victims are often injured because of a hazard that should have been removed. Property owners could also be liable for failing to warn visitors of dangerous conditions.

It may be unreasonable to expect property owners to remove every dangerous condition, but they may still be obligated to provide warnings. For example, maybe a property owner needs to renovate an area of the property and is in the process of finding a contractor to do the job. However, while doing that, the property owner may need to block the area off to keep visitors out. That is a reasonable expectation given the situation.

Is There a Duty to Rescue Someone?

Generally, there is no duty to rescue someone. For example, while it is noble and commendable to rescue someone who fell into a lake, there is unlikely to be a legal duty to do so. That said, if the victim was pushed into a lake, the person who pushed him or her may have a duty to take reasonable action to rescue the victim. If this person does not act, he or she could face civil as well as criminal liability.

There are some situations where the victim and another party have a special relationship that obligates the other party to act. For example, drivers of buses, trains and boats may be legally obligated to act to help a passenger who is in danger of getting hurt. A bus driver may need to get a passenger to a hospital for treatment or call 9-1-1. Failure to do so could expose the bus driver and potentially his or her employer to liability.

Proving another party may be at fault for an injury is a complex process. You do not need to try to do it on your own. You can hire an experienced Phoenix personal injury attorney at no upfront cost to you. Phillips Law Group is here to help, and we have been recovering compensation for injury victims for nearly 30 years.

We work on contingency, which means no fees unless we win. We are prepared to manage the legal process on your behalf, fighting for your rights and best interests.