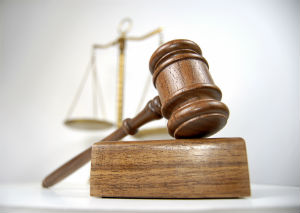 Over the past few months, Johnson & Johnson has settled nearly 70 lawsuits regarding its laparoscopic power morcellator surgical device.

The device was discontinued in 2014 after hundreds of women developed a previously undiagnosed cancer that was caused by the morcellator’s barbaric way of dissecting and removing uterine fibroids.

This is not the first time that Johnson & Johnson has had to settle a collection of lawsuits in court. The pharmaceutical giant recently settled a multitude of defective product lawsuits over several of its medical devices and products.

Earlier this year, the company paid $72 million for a wrongful death claim, as well as a $500 million for a harmful product claim due to its defective metal hip implants.

The lawsuits claim that the companies were aware of the inherent risks associated with the morcellator, as the very nature of the device’s function was conducive to spreading cancer. The morcellator was designed to cut, pulverize and decimate uterine fibroids so physicians could remove the fibroids in pieces through a narrow incision.

Before the advent of the morcellator, a physician had to make a deep, lengthy incision to remove a patient’s fibroids. These incisions required a doctor to cut through important abdominal muscles, which put the patient at a higher risk for infection and required significant healing time.

However, distinguishing between a non-cancerous uterine fibroid and a cancerous uterine sarcoma is difficult, and many physicians inadvertently cut and pulverized sarcomas while performing surgery with the morcellator. Cancer cells from the decimated sarcoma were sprayed throughout the uterus and abdominal cavity of hundreds of women, which caused cancer to spread to various other parts of the patient’s body.

The lawsuits allege that Johnson & Johnson and Ethicon were aware the product was defective, yet they continued to market and sell the device to thousands of hospitals across the nation.

A spokesperson from Johnson & Johnson stated that the company’s morcellator had always come with a warning regarding the device’s potential ability to spread cancerous tissue. However, during a February hearing in a Kansas court, numerous “confidential settlements and resolutions” were discussed pertaining to morcellator injury lawsuits filed against Jonson & Johnson and Ethicon.

The amount of compensation that Johnson & Johnson has already paid to individual women who claim they were harmed by the device likely runs in the many millions. To date, some of the company’s settlements have ranged from $100,000 to nearly one million. According to a company spokesperson, the settlements varied depending on such factors as a woman’s age, medical condition, and whether or not she had children.

If you or a loved one believe your cancer diagnosis is due to a surgery performed with alaparoscopic power morcellator, contact the defective product attorneysat Phillips Law Group today. We have decades of experience helping victims of dangerous medical devices get the compensation they deserve for medical bills, lost wages, and pain and suffering.