What to Know About Line-of-Sight Car Crash Claims 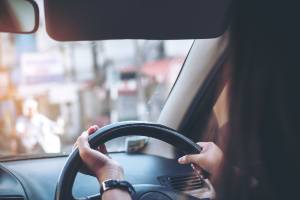 It is important for drivers to have a clear view of the vehicles and pedestrians around them. Obstructions that make it harder to see oncoming traffic could increase the likelihood of a dangerous crash.

Drivers who get into a crash because their view was obstructed may have questions about their liability for damages. After all, they did not put the obstruction there.

Our experienced Phoenix auto accident lawyers discuss liability for these accidents, called line-of-sight crashes, below. If you have questions after this type of crash or another type of accident, give us a call to schedule a free legal consultation. We are here to help, at no upfront cost to you.

A line-of-sight crash may occur if the view for one or more drivers is either partially or fully blocked or obstructed.

Although the obstructions may be the result of poor road design or a lack of property maintenance, these crashes are more frequently caused by another driver’s negligence.

Obstacles like these are often on corners, sidewalks and medians. That is why it is always important to use caution when pulling out onto the street, into an intersection or past a sidewalk. You should not assume it is safe to proceed if you are struggling to see around an obstacle. A car could approach quickly and catch you completely off guard.

Line-of-sight car crashes typically occur when a driver continues out into traffic even though his or her view is obstructed. In this situation, the driver is putting himself and the occupants of other approaching vehicles at risk of serious injury.

Whether your view is blocked by shrubbery, parked vehicles or construction equipment, you owe a duty to others to proceed carefully. Failing to use caution could result in a dangerous crash. Often, some of the worst crashes occur when an approaching vehicle is not seen, leaving no time for either driver to slow down. The speed and force of impact in this type of collision can lead to severe or life-threatening injuries.

Line-of-sight crashes also occur on hills. For example, if you speed while traveling downhill, you may not have enough time to stop before rear-ending cars at the bottom of the hill. Sometimes drivers are attempting to turn across traffic in front of a hill. The hill makes it impossible to see oncoming traffic, so it is very difficult to determine when it may be safe to make the turn.

Even though allowing drivers to turn in front of the hill may be a bad idea, drivers are still expected to use caution. This is particularly true if there is a sign warning of an obstructed view ahead of where you are planning to make a turn.

What You Need to Know About Liability

One driver is usually found liable for an accident. For example, if you crashed into a car after the driver blindly pulled out into traffic, he or she is likely to be 100 percent at fault for the accident. However, there may be times when the driver on the other side of the obstruction is found partially at fault. It depends on the details of the crash.

If you file a claim for compensation, you need to prove the crash resulted from another’s negligence. This is a legal theory that refers to the breach of a duty of care that directly resulted in an injury and damages. Reckless or distracted driving could be examples of negligence that resulted in a car crash.

Despite the obstruction, drivers must use caution, or they could cause a crash for which they could be held liable. Speeding, not waiting for traffic to clear, or blindly pulling into traffic are all reasons a driver could be liable for damages that result from a crash.

Sharing Fault for a Car Crash

There are other parties besides the two drivers who may be found liable for line-of-sight car crashes. For example, if the obstruction was a parked car, the driver of that car may be held partially liable. If the vehicle was a commercial truck, the driver’s employer may sometimes be held vicariously liable.

In other circumstances, a government entity or property owner could bear partial fault for a crash. For example, if there was a known obstruction but no steps were taken to remove it, such as trimming a tree. In some cases, installing a light to let drivers know when traffic is clear may be a reasonable step.

Governments may be liable for negligent design of a road, such as by creating an obstruction that increased the odds of a crash. However, you would likely need to show a crash was unavoidable. You can be sure a government or property owner will argue that you should have done more to prevent a crash.

Car crash injuries can cause considerable pain and prevent you from working for an extended period. If this happens, victims should strongly consider seeking legal representation. You should not count on the insurance company to provide the compensation you need.

For nearly three decades, Phillips Law Group has been securing compensation for car crash victims in Arizona. There are no upfront fees for our services, and we do not get paid unless you get paid.

Give us a call today to learn more about how we may be able to help you.