What is a Class Action Lawsuit? | Phillips Law Group 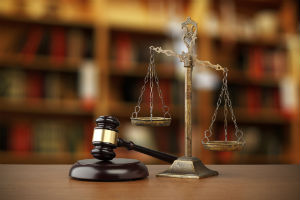 There are instances in which a person, corporation or entity’s negligence or recklessness has caused large scale suffering that affects many people.

In this situation, particularly when your claim is against a large corporation, your claim may be more effective if you were to join a unified litigation known as a class action lawsuit.

However, there are many requirements that must be met in order to participate in a class action lawsuit.

What is a Class Action Lawsuit?

A class action lawsuit provides an opportunity for all individuals who have suffered similar harm from the same product to combine resources in a single claim against the at-fault party.

An example of this would be when a drug, such as Invokana, causes harmful side effects to a significant number of patients who are taking it.

Class action lawsuits are usually reserved for instances in which individual legal action would most likely be ineffective and produce minimal results.

Pharmaceutical companies have vast resources at their disposal and can often easily dismiss a single claim involving one user. However, when hundreds or even thousands of consumers join together, it is more difficult for the company to dismiss their claims.

Additionally, lawsuits are time consuming, expensive and stressful for those involved. Class action lawsuits combine the legal resources of several attorneys, making it more efficient and cost effective to bring a successful claim against a manufacturer.

Class actions may be brought for many reasons, including:

In these instances, a class action may be more practical than an individual lawsuit. Our attorneys will be able to review the circumstances surrounding your claim and determine if it meets the qualifications to join a class action lawsuit.

How a Class Action Lawsuit Works

An investigation will likely take place shortly after in which it may be discovered that a larger group of people have suffered similar harm.

The individuals who have already made their suffering known will then file a lawsuit against the at-fault party with the help of an experienced class action lawyer.

This group, referred to as the “class,” will represent all plaintiffs who have reportedly been injured or affected by the at-fault party’s negligence.

Each person who would be affected by the court’s decision in the class action lawsuit is entitled to receive notice that the action has started.

Opting In or Out of a Class Action Lawsuit

Although this may be difficult to achieve if the class action represents a large group of people, the court will order the class to make a reasonable attempt to notify all potential members of the class.

This can be achieved through:

The notification must detail the factors of the case and inform potential class members how they can join.

Potential members then have a choice of “opting in” to a class action or deciding to not participate as a member of the class and “opting out.”

In this case, all those who are similarly affected are automatically included in the class and must accept the lawsuit’s outcome.

How Will I Be Compensated in a Class Action Lawsuit?

Class action lawsuits are required to list the value of the damages the members of the class are seeking to compensate all those who were harmed by the defendant.

If the lawsuit is successful, the damages awarded to the class will be dispersed among its members and each will receive some amount of compensation.

Payment to those who opted in is usually decided by a “plan of distribution.” This is determined by a judge with the assistance of members of the class and their attorneys to distribute the damages to the plaintiffs, minus the attorneys’ fees and litigation costs.

Each member of the class can receive either a percentage of the damages or a certain dollar figure based on the plan of distribution.

In cases in which the class contains only a smaller number of participants, an attorney will seek permission to conduct an in-depth review of each plaintiff’s claim. The purpose of this is to tailor the amount awarded to each class member to value his or her claim.

However, a settlement reached by the parities in a class action lawsuit must be approved by the presiding judge to ensure its fairness to all those involved.

If you are automatically included or have opted into a class action lawsuit, you must accept the outcome of the case and cannot pursue your own individual lawsuit.

A class action lawsuit can be heard in either a state or federal court, depending on the circumstances under which it was filed.

Federal courts also have certain requirements plaintiffs must meet in order to be considered a class:

The court will typically request that the class focus on the common injuries or conditions experienced by its members, rather than focus on individual claims.

Why Should I Participate in a Class Action Lawsuit?

An individual lawsuit requires a great deal of resources in order to sustain the high costs of litigation.

However, a class action lawsuit brings together many small claims at one time that would be ineffective to litigate individually and decreases the cost of litigation.

If multiple individual lawsuits are filed against a single defendant, damages are usually awarded on a first-come, first-serve basis.

The defendant could become bankrupt or lose the means to provide compensation by the time your lawsuit is settled. Your efforts to seek damages could produce minimal or no results.

Class action lawsuits are designed to compensate every member represented by the class, meaning that as long as you are a part of the lawsuit, you will receive some amount of payment for your suffering.

The Phillips Law Group has an extensive history of successfully representing members of class action lawsuits.

We are well trained and efficient in lawsuits regarding defective drugs, dangerous products and insurance companies that act in bad faith towards their customers.

If you believe you qualify to join a class action lawsuit, do not hesitate to contact us for a free, no obligation consultation. We can review your claim to determine if you are able to take legal action.

Our services are always provided on a contingency fee basis, so we will not charge you any upfront fees. We only require payment if we succeed in recovering damages on your behalf.