What is the Hours of Service Rule? | Phillips Law Group 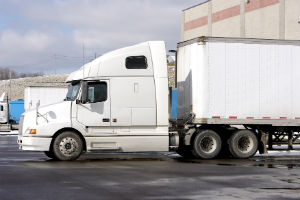 Driver fatigue is a common danger many truck drivers face while traveling on long-distance trips, and places them at risk of causing an accident. Because of this, the Federal Motor Carrier Safety Administration (FMCSA) created the “hours of service” rule that limits the number of hours a truck driver is allowed to drive in a 24-hour period.

However, some truck drivers and trucking companies violate the hours of service rule to meet tight deadlines, which endangers the lives of everyone sharing the roadway.

The Phillips Law Group’s skilled Phoenix truck accident lawyers have extensive knowledge about the FMCSA’s regulations, including the hours of service rule. We understand when truck drivers and trucking companies are at fault in an accident after breaking an FMCSA regulation or federal law. Schedule a free, no obligation consultation to learn more about your legal options if you have been injured in a truck accident.

What Are the Hours of Service Regulations?

Truck drivers are often under intense pressure to meet deadlines, which may influence them to drive for an unsafe amount of time. This may cause a truck driver to become tired and exhausted after too many consecutive hours of driving and not enough time spent resting.

The FMCSA’s hours of service rule was established to limit how long a truck driver can remain on the road and to try to prevent driver fatigue that can lead to serious accidents. The rule states that truck drivers:

To ensure truck drivers are following the FMCSA’s hours of service rule, each driver is required to log the number of hours he or she drives in a single shift. Each driving shift must begin with at least 10 hours spent resting off duty. If a driver fails to follow these standards, he or she may be held liable for causing an accident.

The FMCSA’s hours of service rule applies to the following types of vehicles that:

What Happens If a Truck Driver Violates the Hours of Service Law?

If a truck driver violates the hours of service law, the driver and his or her employer may face significant consequences, such as:

How the Hours of Service Regulations Prevent Driver Fatigue

The hours of service rule was designed to prevent accidents caused by driver fatigue by limiting the amount of time truck drivers are allowed to operate a vehicle.

When truck drivers are on the road for too many uninterrupted hours at a time, they are at an increased risk of causing an accident because of driver fatigue. The FMCSA hours of service rule requires truck drivers to take designated breaks to ensure they are alert and able to focus on driving a dangerous vehicle like a semi-truck.

Furthermore, it also discourages trucking companies from imposing unrealistic deadlines that require truck drivers to operate a vehicle for an unhealthy amount of time. If a trucking company violates this rule, it can be held liable for any resulting damage that occurs during an accident.

If you were injured in a truck accident that was caused by a tired truck driver who may have fallen asleep at the wheel, the Phillips Law Group can help.

Our personal injury attorneys have helped numerous truck accident victims obtain the justice and compensation they deserve after an accident. We have an in-depth knowledge of the FMCSA’s rules and regulations and will use our experience to build a case against the at-fault party.

We provide all of our services on a contingency fee basis, which means you only have to pay us if we recover compensation for your claim. There is no risk in contacting us to schedule a free, no obligation consultation to find out if you have a case.