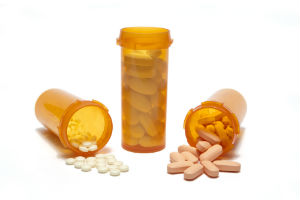 Drug manufacturer GlaxoSmithKline (GSK) must pay $3 million to a woman after a jury concluded Thursday that her husband’s suicide was linked to a generic version of the antidepressant drug Paxil.

The jury reached its verdict after a trial in a Chicago federal court concerning the death of a 57-year-old man who stepped in front of an oncoming commuter train on July 15, 2010.

His widow, filed a wrongful death lawsuit in 2012 against GSK claiming the company failed to warn her husband’s doctor of the increased risk of suicide in older patients who take the defective drug Paxil.

Although the man took a generic version of Paxil called paroxetine, the nine-member jury ruled that GSK was still responsible because the drugs are identical in nature and share the same labeling.

The lawsuit argued that GSK has evidence indicating paroxetine increases the risk of suicidal behavior in older users by 670 percent and neglected to include this information on the warning label.

The labels contain a black-box warning that states the selective serotonin reuptake inhibitor (SSRI) antidepressant can increase the risk of suicidal behavior by users under the age of 25. It does not mention the risk for older users.

The widow originally filed a $39 million lawsuit against GSK and Mylan, the manufacturer of paroxetine hydrochloride, the generic version of Paxil the man was taking at the time of his death.

However, a federal judge dismissed Mylan from the lawsuit in 2014 because it had no control over the drug’s design and labeling.

GSK argued that since it did not manufacture or market the specific drug taken by the man, it should not be liable for his death.

The pharmaceutical company also stated that Paxil contains labels that adequately warn users of its potential effects. Officials from GSK responded to the jury verdict by saying the company was disappointed and planned to appeal the jury’s decision.

If you or someone you love has been affected by Paxil or any other dangerous SSRI drug, contact the defective drug lawyers at Phillips Law Group. We can discuss your claim during a free, no obligation consultation to determine if you have a case.

Our services are only provided on a contingency fee basis, which means we do not get paid unless we help you recover damages for your claim.