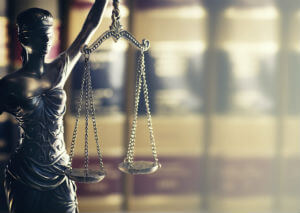 Felonies are considered the most serious types of offenses in criminal law. They include such offenses as murder, drug crimes, theft crimes and other severe offenses where the possible penalties are life-changing. The legal stages of a felony case are often confusing and daunting. It is important that you have a clear understanding of the criminal process so that you can prepare for your defense.

If you or a loved one is facing serious felony charges, contact a skilled Phoenix criminal defense lawyer at Phillips Law Group. We can discuss the nature of the charges against you and what you can expect.

An arrest may occur when a law enforcement officer personally sees a crime being committed or has an arrest warrant based on probable cause that you committed the crime. If you are booked, you are taken into custody before you appear in front of a judge within 24 hours of your arrest. If you are simply cited, you will be required to appear before a judge on the date specified in your citation.

At the initial appearance, you appear in front of a judge for the first time. The judge reads the charges against you and explains some of your basic rights. The judge determines whether to keep you in jail or allow you to be released on bond.

If you are ordered to be released, the judge explains your conditions for release until the next court date. The conditions depend on the nature of the crime, its severity and your criminal history. The judge then schedules the preliminary hearing.

At the preliminary hearing, the judge evaluates whether there is probable cause that you committed the crime for which you are being charged. Your criminal defense attorney can cross-examine any witnesses the prosecution presents at this stage.

Alternatively, the prosecutor may call a grand jury to establish probable cause instead of presenting this information to a judge. This process is different and the defendant’s rights are limited in this setting. If the grand jury establishes the existence of probable cause, the next step is an arraignment.

At the arraignment, you will choose to plead “guilty” or “not guilty.” You can also plead “no contest,” which means that you are acknowledging the charges against you, but not necessarily admitting guilt. At this stage in the process, the judge reviews the bail and sets the next court date.

If you plead “not guilty,” the case proceeds to trial. There are opportunities for your criminal defense lawyer and the prosecutor to reach a resolution before this point, such as by making motions to dismiss the case or exclude evidence or by you agreeing to a reduced sentence as part of a plea bargain.

Your trial may be in front of the judge or a jury, depending on which option you choose. At trial, you will have the right to testify if you so choose. The prosecutor will present witnesses and evidence against you. Your attorney will challenge the witnesses’ testimony and the evidence.

At the end of the trial, the judge or jury will reevaluate the evidence and determine whether the prosecutor established that you committed each and every element of the crime for which you are charged beyond a reasonable doubt. If a jury is deciding the case, they must reach a unanimous decision to convict you. If not, it is considered a hung jury and the prosecution may bring the charges again. If you are found not guilty, the charges against you are dismissed. If you are found guilty, the next stage is sentencing.

Within 30 days of you pleading guilty or being found guilty, the judge will have a sentencing hearing. The judge determines the punishment. Your defense attorney will try to convince the judge of a lighter sentence based on the state sentencing guidelines.

We can explore what options are available to you to resolve your case before it goes to trial or whether a plea bargain is in your best interest. We can also consider the possible defenses available in your case.