What Are My Legal Options After a Red-Light Crash? 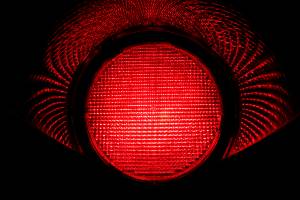 Arizona was number one in the nation in annual red-light-running deaths between 2008 and 2017, according to AAA. Phoenix saw the most fatal crashes during that time, as 132 people were killed in these kinds of accidents.

Even when these crashes are not fatal, they often result in severe or life-changing injuries. These injuries can cause significant damages and have a lasting psychological impact on victims.

Below, our experienced Phoenix car crash attorneys discuss liability for these crashes and evidence that may be needed to validate a claim. If you have questions about legal options following a red-light crash, give us a call today to learn more about how we may be able to help you.

Determining Liability for a Red-Light Crash

While every situation is unique, if you were traveling through an intersection and had the right of way and were hit by a driver who ran a red light, the other driver likely bears 100 percent of the fault. The insurance company may dispute these types of claims, but an experienced attorney should be able to build a strong case for compensation.

Violating another vehicle’s right of way is illegal and could be used as evidence of negligence on the part of the at-fault driver. All motorists have an obligation to safely operate their vehicles and avoid negligent behavior.

Negligence refers to a failure to exercise reasonable care to prevent harm to someone else. Drivers have a duty to use reasonable care, and if they breach that duty and it leads to an injury, they could be held liable for damages. Arizona is an at-fault state when it comes to car crash damages, which means at-fault drivers and their insurance companies can be held liable for damages to crash victims.

There could be situations where victims share some amount of fault for the crash. For example, if another driver ran a red light while you were turning left across this driver’s path, and you were distracted, it is possible some small amount of fault could be assigned to you by the liable insurance company.

If a driver in a left-turn lane cut in front of another car before getting hit by a car running a red light, this person may be partially to blame for the crash.

It could be difficult to assign fault if both drivers claim they had a green light and there are no reliable witnesses or traffic cameras. However, reviewing the damage to the vehicles involved could help indicate the driver who may be at fault.

It is important to note Arizona allows you to recover compensation if you are partially to blame for a crash. Under the state’s comparative negligence law, your compensation award will be reduced by your percentage of fault.

Documenting the Scene of the Crash

Make sure to report the crash to the police and wait for them to come to the scene to complete a report. If possible, take pictures at the scene and look for traffic cameras and/or witnesses. While the experienced attorneys at Phillips Law Group are ready to thoroughly investigate the crash, collecting evidence at the scene can be helpful. However, this should only be done if it is safe, and if you are physically able to do so.

In addition to being held liable for damages for a crash that results from running a red light, drivers can be fined up to $250, plus surcharges. They could also have two demerit points added to their driving record. The state requires those convicted of this offense to complete a traffic survival school course, but they can take a defensive driving course to get the ticket dismissed.

There are situations when running a red light could also lead to a conviction for reckless driving. If the crash takes another person’s life, the at-fault driver could be charged with vehicular homicide, which could result in significant criminal penalties.

Why Do Drivers Run Red Lights?

Sometimes drivers are simply reckless and think they will not get caught. They have places to go and think that is more important than following traffic laws.

There are various other reasons why drivers may run red lights:

Dangers of Running a Red Light

When we get behind the wheel, we expect other drivers to follow traffic laws, including laws about obeying red lights. If you get a green light, you hit the gas, almost without thinking about it. We do not expect a car to come through the intersection across our path.

The crash could occur at high speed and victims may have little to no time to react to brace themselves, stop or swerve to avoid a collision. This can result in a devastating crash, particularly because the side of a car is not built to withstand a collision like the front or back is.

If you run a red light, you have no idea when another car may come into the intersection, and you may be unable to avoid a crash.

Schedule a free legal consultation today to learn more about how we may be able to assist you. There are no upfront fees or legal obligations. Our attorneys do not get paid for our services unless our clients get paid, and we are ready to manage every step of the process on your behalf.

Our firm has secured hundreds of millions on behalf of our clients, many of whom were injured in motor vehicle crashes caused by negligent drivers.