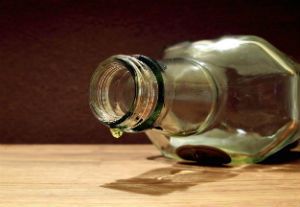 A 33-year-old woman has been charged with second degree murder after causing a fatal motorcycle wreck on I-17 near Happy Valley Road Tuesday, Feb. 16.

The victim, a 57-year-old man from Phoenix, was hit by Leith Monroe’s Dodge Stratus just after midnight. According to the Arizona Department of Public Safety, Monroe was speeding when she clipped the motorcycle and damaged the front wheel of her vehicle. The victim was thrown from his motorcycle.

A witness stopped and tried to help the motorcycle accident victim who later died from his injuries at a nearby hospital.

Monroe stopped near the scene and was taken into custody. One witness said that Monroe appeared to be stumbling around. Troopers detected a strong odor of alcohol and found several open and closed containers of alcohol in the vehicle.

Before the accident, other drivers had called 911 to report a driver tailgating and weaving in and out of the roadway.

According to reports, Monroe was uncooperative with police and became verbally and physically violent. She was found to be driving on a suspended license; her license was suspended for a DUI conviction three years ago. Monroe had also been previously arrested for another DUI.

Statistics show that drivers involved in fatal collisions are six times more likely to have a prior DUI conviction than those with no alcohol in their system. Most recently, the NHTSA also noted that there has been an increase in traffic fatalities over the past year.

Drivers who break the law by driving under the influence should be punished to the fullest extent. If you or someone you love has been hurt in a motor vehicle wreck caused by a driver under the influence, contact an injury lawyer in Phoenix at our firm for a free case review. We can help you determine your legal options and if you may be entitled to a lawsuit.