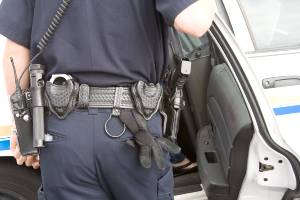 Despite many stories of Sig Sauer P320 handguns misfiring, these defective weapons have not been recalled by the company. One victim, a police officer, suffered permanent injuries after his gun misfired and hit him.

Thousands of defective P320 guns were made for the military and law enforcement as part of a large contract signed with the government. The order was so large, the company may have rushed production, leading to the defects that cause misfires.

In May 2021, a local news network in Boston, Massachusetts reported on an investigation into misfires of these guns and found 36 reports of misfires between 2016 and late 2021. They reviewed media accounts and court records. In more than half of these cases, people suffered bullet wounds. Some of these wounds were life changing.

Although Sig Sauer started a voluntary upgrade program in 2017, the company never recalled the defective weapons. Even with the upgrade, there continue to be reports of misfires, both in the U.S. and Canada. The police officer who has sued the company was using a gun that had been upgraded.

Attorneys for the injured police officer are using forensic animations created by High Impact to prove misfires are caused by a problem with the striker foot and sear. Rounded edges on the striker foot may allow it to slip off the sear, resulting in the gun firing.

The animations recreate the gun from the inside out, including all the mechanisms of the trigger and safety. The animations also help to illustrate the differences between a normal gun and a defective gun.

One of the claims the officer’s attorneys needed to counter was that the officer mishandled the weapon and that was the reason for the misfire.

The victim was about to become the longest-serving police officer in his county, but he is no longer able to serve because of his injuries.

The animations created by High Impact were recently featured on Fox News.