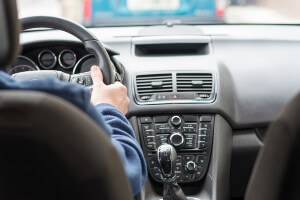 The word “tailgate” not only refers to what many football fans do before the game starts, it also refers to one driver following another car too closely.

Tailgating another vehicle is incredibly dangerous because you have little time to slow down if the lead driver hits the brakes. That is why road safety advocates and regulators recommend keeping at least a few seconds of distance between your car and the car in front of you.

Below, learn more about the dangers of this driving behavior, why it happens and assessing fault for a tailgating accident. We also discuss some practical steps you can take to avoid tailgating other vehicles, along with what you should do if you are being tailgated.

Phillips Law Group’s Phoenix car accident lawyers are here to help victims of tailgating accidents and other motor vehicle crashes. Our attorneys have obtained millions in compensation for crash victims throughout the state. Our founder Jeff Phillips has served as lead counsel in more than 40 jury trials and has obtained verdicts in several Arizona counties.

Problems with Following Too Closely

Did you know if you are traveling at 60 miles per hour (mph) you need at least 240 feet to make a complete stop?

To give you an idea of how long that is, a semitrailer is about 0.20 times that. In other words, you need quite a bit of time and space to stop when you are traveling 60 miles per hour. If the driver of the car in front of you suddenly slows down, and you are less than a couple seconds behind, you may not be able to stop before crashing into the bumper of the car in front.

While tailgating is dangerous in any kind of weather, it is particularly dangerous when the road is wet because of rain or snow. In these conditions, you need even more space between your vehicle and the one in front of you.

Tailgating is particularly dangerous in oversized vehicles, which often need more time and space to stop compared to smaller vehicles.

You should also avoid tailgating a vehicle that is much larger than yours, such as a commercial truck. If you are on a highway or interstate, a crash is likely to occur at high speed and your car could slide under the back of the trailer. The bottom of the trailer is likely going to be higher than the hood of your vehicle and it may even come up through the windshield. These crashes are often life-threatening.

Why Do Drivers Tailgate?

Drivers often tailgate in a fit of road rage or aggressive driving. They may be in heavy traffic and very unhappy about it.

You often see tailgating on interstates or other roads with higher speed limits than surface roads. A driver in the far-left lane closes in on another car that is going much slower and the driver is forced to slow down to avoid a collision. However, the driver does not slow down to keep a safe distance between his or her vehicle and the one in front. If this happens at night, the tailgating driver may flash his or her headlights to signal that he or she wants the other driver to change lanes and get out of the way.

Tailgating can also be a consequence of distracted driving. For instance, in a traffic jam a driver may look at his or her phone or fiddle with the radio. By the time he or she looks up, the bumper of the lead car is closing in and there is not enough time to come to a stop.

Another common reason for tailgating is force of habit. People get into a habit of doing it, so much so they do not realize they are doing it. They may also think they will be OK because they can react quickly and will keep their eyes focused on the road.

Fault for a Tailgating Crash

Tailgating another vehicle is against Arizona law. According to Arizona Revised Statutes (ARS) 28-730, you cannot follow another vehicle more closely than is reasonable and prudent. You must have due regard for the speed of vehicles and the condition of the highway.

That means the tailgating driver is likely to be found at fault for a crash. However, there may be exceptions when the lead driver bears some responsibility for a crash. For example, if you cut the other driver off, you may be partially at fault. If you stopped for no reason and the driver behind you crashed into you, you may be partially at fault.

Fortunately, Arizona law allows those who are partially at fault to recover compensation. If you are awarded compensation, it will be reduced based on your percentage of fault.

Have You Been Injured in a Crash? Call Today for Help

Our licensed attorneys are prepared to meet with crash victims for a free initial consultation to discuss the accident. We may be able to pursue compensation on your behalf. This could include compensation for medical expenses, lost wages and other damages.

There is no risk to you because there are no upfront fees while we work on your case. Our attorneys do not get paid for the services we provide you unless you receive compensation.