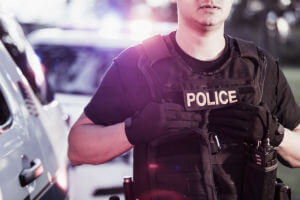 On Monday, August 19th, California Governor Gavin Newsom signed into law one of the nation’s toughest standards for the use of deadly force by the police. Assembly Bill 392, a reform of the state’s existing use-of-force rules for law enforcement, will officially take effect on January 1, 2020.

The legislation was the result of tense negotiations involving law enforcement groups and public outcry over the recent fatal police shootings of unarmed citizens, particularly those of color. While the new bill does not go as far as some hoped, supporters believe that it is creating a culture of change when it comes to policing in California.

New Rules on Police Use of Force

However, the bill does not clearly define what is considered “necessary,” although courts can now consider the actions of the officer and the suspect when establishing whether a shooting was justified. The law will also prohibit law enforcement from using their weapons on fleeing suspects who do not pose an immediate threat or danger to others.

California police use of force resulted in seriously injury or death in 628 instances in 2018, according to the state attorney general. That was a drop from 707 incidents in 2017 and 728 in 2016.

Assemblywoman Shirley Weber, the San Diego Democrat who carried the bill, hopes it will provide some relief for the families of those killed by police officers. Weber introduced the legislation to raise the standard for use of deadly force last year after the fatal shooting by Sacramento police of Stephon Clark.

The young and unarmed black man was shot and killed by two police officers after they mistook the cellphone he was holding for a gun in March of 2018, generating national outrage. Assembly Bill 392 aims to restrict when law enforcement can use deadly force, require deescalation techniques whenever possible, and hold officers accountable for using deadly force that was unnecessary.

Although the bill has emerged from tragic circumstances, its implementation has been done in a strong effort to properly retrain officers to use more nonlethal best practices and save lives in the process.

Law enforcement organizations lobbied against the bill when it was introduced. They argued that changing the bill’s language directing the police to only use deadly force when necessary would put officers in danger by causing them to questions themselves in situations that call for quick decisions.

Law enforcement came up with their own proposal, Senate Bill 230, which left its current language largely unchanged while focusing on more training best practices. After several talks between legislators and law enforcement, Senate Bill 230 was altered and amended so that it could pass only if Assembly Bill 392 did. Both parties moved to a neutral position, although many local police unions remain opposed.

Even some activist groups stopped supporting the bill,arguing that too many changes were made to appease law enforcement, including language requiring deescalation, defining what “necessary” force means, as well as eliminating a requirement that police exhaust all efforts before using deadly force.

Deadly Force in the United States

For many years, bills opposed by law enforcement had little to no chance of advancing. Weber hopes that the new bill will also open the door for other states to reexamine their standards for police use of deadly force. In some states, like Arizona and Utah, both “reasonable” and “necessary” are being used interchangeably when it comes to the justifiable use of deadly force by police.

Current Arizona law states that law enforcement can use deadly force when it is deemed reasonable if the police officer believes that it is necessary to defend himself or herself to effect an arrest, to prevent an escape, or to overcome resistance.

In Utah, it is justified to use deadly force when a police officer reasonably believes that it is necessary when acting in obedience and accordance to effect an arrest, to prevent an escape, or the suspect has committed a felony or poses a threat to human life. However, a verbal warning should first be given prior to any use of deadly force, if feasible.

When it comes to Assembly Bill 392, only time will tell if the stricter guidelines will effect real change across other states or whether it may cause further confusion to those who already define the use of deadly force using California’s existing and newly implemented language.

If you or loved has been the victim of deadly force, our teamat Phillips Law Group is available to discuss the legal options that may be available to you during a risk-free consultation.We welcome the opportunity to review your situation and determine whether you may be able to take legal action. If you have a case, there are no fees involved for our services unless we help you get compensation. We have several office locations in California, including San Diego, Downtown Los Angeles and Westside of Los Angeles.