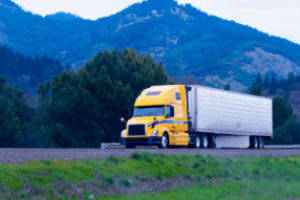 An Arizona state Senate committee has voted unanimously in favor of Senate Bill 1054, known as “Joe’s Law.” The proposed bill would require law enforcement to administer drug and alcohol tests to drivers suspected of causing collisions that resulted in a serious injury or fatality.

Arizona’s current law states that officers may require drivers to submit to a blood-alcohol or drug test following an accident, but that independent police forces are allowed to set their own testing policies.

The proposed bill is named after Joe Smith, an Arizona teen who was killed on June 17, 2016 in a truck accident after returning home from a graduation trip with three of his friends.

The fatal crash occurred on Interstate 10 outside of Quartzsite, when the 42-year-old driver of a semi-truck failed to notice the vehicle in front him had flashed its brake lights as a signal for him to slow down. The truck’s driver failed to stop in time and crashed into several vehicles, resulting in two deaths and four injuries.

Also killed in the wreck was a 74-year-old man who was returning from a funeral with his wife, who became paralyzed from the waist down after the accident.

The driver of the semi-truck told law enforcement responders that he was tired and did not notice the vehicle in front of him flash its brake lights.

Responding law enforcement officers confiscated his phone to check for sings of distracted driving, but chose not to administer any drug or alcohol tests.

The Arizona Department of Public Safety (ADPS) originally planned to charge the driver with negligent manslaughter. An investigation found that the driver had received enough sleep the night before and that his phone records indicate he had not texted or called anyone at the time of the accident.

The ADPS later recommended that the driver should not be charged with any crimes related to the accident.

Calls for changing Arizona’s current drug and alcohol testing procedures came from the teen’s parents, who began an online petition to gain support for the revision.

If you have been injured or lost someone you love in an accident involving a truck, you may have legal options that could provide valuable support for medical bills, lost wages, and pain and suffering. Contact the Phoenix truck accident lawyers at the Phillips Law Group for qualified legal support at no cost unless we help you receive compensation.