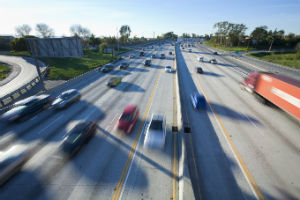 For over a decade, law officials from Arizona have been focused on reducing the number of fatal car accidents caused by drunk drivers traveling the wrong direction on the states’ freeways.

In Arizona, impaired drivers continue to pose a particularly deadly threat, as the number of fatalities associated with drunk driving wrong way crashes has steadily increased in the state over the past several years.

According to the National Highway Traffic Safety Administration (NHTSA), in 2005, Arizona saw eight deaths resulting from wrong-way car accidents. By 2009, the number had doubled to 16. And, in 2015, three consecutive deadly wrong-way accidents occurred in a single month on Interstate 10 in Phoenix.

Due to these startling statistics, the Arizona Department of Transportation (ADOT) continues to focus on implementing new strategies that will detect and prevent motorists from driving the wrong direction on Arizona’s freeways.

In 2012, NHTSA released a report which concluded that driving while under the influence of drugs or alcohol (DUI) is the number one cause of most wrong-way crashes.

The study also revealed that these types of collisions have higher fatality rates than other auto accidents, primarily because they usually result in head-on collisions at a high rate of speed.

Authorities say most wrong-way DUI crashes occur after midnight and involve impaired drivers who do not realize they have entered a freeway.

Currently, Arizona law enforcement policies ban the use of deadly force while attempting to stop an impaired wrong-way driver. Chasing after the driver by heading the wrong direction at a high rate of speed is also prohibited.

Instead, officers often try to stop the driver by positioning their police cruiser in front of the offender’s vehicle. They may also throw spike strips in the path of the wrong-way driver or hit the back end of the impaired driver’s vehicle to force it into a tailspin.

While these techniques are helpful, state officials are focusing on stopping DUI drivers before they have a chance to travel the wrong direction on Arizona’s roadways.

Many of Arizona’s freeway exit ramps will be equipped with larger and more reflective “Wrong Way” and “Do Not Enter” signs.

The new signs will also be installed lower than current signs, as the latest research indicates impaired drivers do not look far enough ahead to see signs that are positioned higher.

As an additional precaution, some signs will have flashing red warning lights along their edges.

Also, more red “wrong way” reflectors will be installed along off-ramps, and the reflectors will be brighter and become more noticeable as a driver continues up the ramp. Pavement arrows will also be repainted to appear bigger and brighter.

If you or a loved one has suffered injuries due to a drunk, wrong-way driver, contact the knowledgeable and helpful car accident attorneys at Phillips Law Group. Our injury attorneys Phoenix, AZ will fight tirelessly to ensure you receive the justice and compensation you deserve.