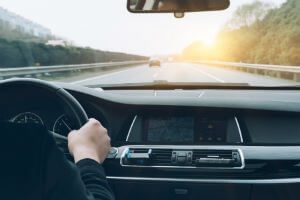 According to a national report released by the Advocates for Highway and Auto Safety (AHAS), Arizona is one of the worst states for highway safety laws. The report rates all 50 states including the District of Columbia on their progress towards enacting 16 fundamental highway safety laws.

In 2017, more than 37,000 people were killed in motor vehicle accidents, which remains a leading cause of deaths for Americans between the ages of five and 34. This is why it is so important to enact safety laws to try to keep motorists and passengers safe on the road.

If you or someone you love has suffered an injury on Arizona roadways, it is in your best interest to contact a Phoenix car accident lawyer at Phillips Law Group for help with your claim. We will review your case and determine your legal options during a free consultation. If you decide to move forward, we can work to secure a fair settlement on your behalf.

The 2019 Roadmap of State Highway Safety Lawsdivides states into one of three groups based on the traffic safety laws it has enacted and the laws each state lacks. States are also ranked based on differences in their laws from the previous year:

Arizona is a red state and ranks third among 11 states for the worst states on the Annual Roadmap Report. The state has only adopted four essential safety laws and is still lacking certain other regulations.

Approximately 23,551 occupants of passenger vehicles were killed in car accidents in 2017. In Arizona, 281 lives were saved by seat belt use and at least 69 more could have been saved with 100 percent seat belt use.

However, the state is missing several laws that may help reduce deaths from traffic accidents, including front and rear primary enforcement seat belt laws, booster seat laws and a law mandating a rear-facing car seat until a child reaches the age of two.

While Arizona does have some teen driving and distracted driver laws, it does lack laws mandating the following:

While Arizona experienced over 1,000 fatal accidents in 2017, the 10-year total was more than 8,000. This resulted in about $4 billion in economic damages a year due to car accidents.

How to Increase Traffic Safety Nationwide

It is possible to increase traffic safety throughout the country by adopting recommended laws and enforcing safety regulations in the states that lack them. There are an additional 406 laws that need to be adopted across the U.S. for optimal traffic safety, according to the report.

If you have been injured in a car accident, contact our experienced legal team at Phillips Law Group to learn more about your legal options. We understand how a car accident can impact you and how confusing the claims process can be. We will take time to fully assess and review your case. We are here to help you seek justice and recover fair compensation for your injury.

Contact us for a free, no obligation consultation. We work on a contingency fee basis and only get paid if we successfully help you recover compensation.