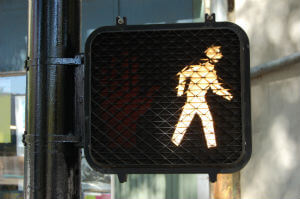 Pedestrians do not have the same protection as those in a motor vehicle when involved in an accident. Vehicle versus pedestrian collisions often result in severe or deadly injuries for the pedestrian.

According to a new report released by the Governors Highway Safety Association, pedestrian deaths have increased by 35 percent in the last decade. The report estimates that more than 6,200 pedestrians were killed in motor vehicle accidents in 2018. This is a four percent increase from the previous year, making it the highest number of pedestrian fatalities in the country since 1990.

Arizona has also been ranked the second deadliest state for pedestrians per capita. The state’s pedestrian fatality rate was 1.74 per 100,000 population in 2018.

The report offers a firsthand look at state and national trends in 2018 pedestrian fatalities based on preliminary data provided by State Highway Safety Offices in all 50 states and the District of Columbia. In addition to the number of pedestrian fatalities, the report examines several reasons for the increase in pedestrian deaths as well as comprehensive strategies to reduce pedestrian and motor vehicle crashes.

The latest findings compare pedestrian traffic fatalities between January and June of 2018 to the same period during 2017. The following statistics detail pedestrian-related accidents across Arizona:

The city of Phoenix has seen an increase in pedestrian-related accidents within the last month:

How Arizona is Addressing Pedestrian Safety

The Arizona Department of Transportation (ADOT) has published a Pedestrian Safety Action Plandiscussing measures that the department will take to improve pedestrian safety throughout the state. These objectives include:

If you were injured in a pedestrian accident, you may be entitled to compensation for your medical bills, lost wages, and pain and suffering. The personal injury attorneys in our Phoenix office will fight to secure the maximum compensation you deserve.

Request a free, no obligation consultation today so we can review your claim and discuss your legal options. We charge no upfront fees and you only pay us if we recover compensation for you.