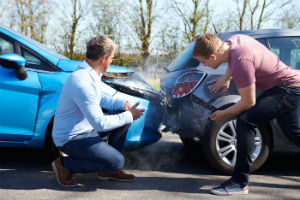 A list of U.S. states with the worst drivers has been compiled by The National Highway Traffic Safety Administration (NHTSA.) While you may think Arizona drivers are the best, you may be surprised to hear that Arizona ranked number six on the list.

NHTSA determined each state’s ranking by analyzing and comparing data regarding dangerous activities such as drunk driving, speeding, distracted driving and not wearing seatbelts.

Ranking in the top ten on such a list is cause for concern, as harmful driving behaviors can impact both the negligent driver as well as other motorists.

For example, texting while driving or driving under the influence of drugs or alcohol are known harmful driving behaviors that can cause death or serious injury to drivers and other motorists on the roadways.

By compiling this list, NHTSA administrators hope to create awareness about the importance of safe driving practices.

The following are the top six U.S. states with the worst drivers:

Montana – Ranked 20th for speeding, Montana ranked number one for the most fatalities per 100 million miles traveled. Dangerous driving is rampant in the Treasure State, and it beat South Carolina for the number one position on the list, making it number one for worst driving overall.

Louisiana – Ranking first for failure to obey, Louisiana also placed 33rd for speeding, and is number three for careless driving.

Arizona – Taking third place for careless driving and seventh for failure to obey, Arizona fell eight spots from last year’s overall ranking and landed in the number six position. While Arizona ranked 47th as the best state for not driving while impaired, it could definitely improve in many other areas.

Being injured in a car accident caused by someone else’s harmful driving behaviors can be life-altering and traumatic. Speak to an experienced car accident attorney at Phillips Law Group today. Our personal injury lawyers in Phoenix promise to work tirelessly for the justice and compensation you deserve.