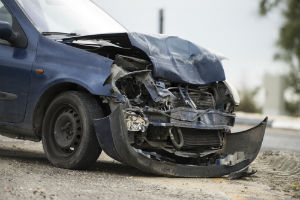 All drivers have an obligation to know and obey traffic laws and regulations. Right-of-way laws specify when a driver needs to yield to others on the roadway. Drivers, passengers, pedestrians, and bicyclists can be injured when motorists fail to yield the right-of-way, and failure-to-yield accidents are unfortunately fairly common.

The Insurance Information Institute reported that failure-to-yield accidents are one of the top causes of all fatal crashes. Common driving scenarios where drivers fail to yield include uncontrolled four-way stops, crosswalks and pedestrians, stop signs and yield signs, left turns, three-way intersections, and more.

Have you or someone you love been injured or killed due to another driver failing to yield? If so, the car accident lawyers at Phillips Law Group may be able to help you recover compensation for your losses.

Our law firm has over 25 years of experience and we have helped our clients recover over $1 billion in damages. Contact a member of our legal team today to schedule a free case review if you’ve experienced a failure-to-yield accident. An initial consultation with our failure-to-yield accident lawyers is 100 percent free and completely confidential.

Call us, start a live chat on this page, or complete the form on this page to get started today!

Understanding When to Yield

Whoever has the right-of-way is an important concept for drivers to know and understand in all driving situations. Right-of-way rules control who has the right to proceed first through traffic and intersections. Thousands of accidents could be prevented in the US every year if all drivers always knew when they needed to yield to other traffic and pedestrians.

Yielding means waiting while another roadway user goes first. This includes motorists, bicyclists, pedestrians, and others. Drivers must yield the right-of-way in a variety of driving situations, including at intersections, when changing lanes, and when turning.

A failure-to-yield accident occurs when one driver fails to obey the right-of-way rules and collides with another vehicle or person. Drivers who fail to follow right-of-way laws either intentionally or unintentionally are a hazard to everyone else on the roadway.

Right-of-way laws allow drivers to know who has the right to proceed first when traffic crosses or merges. When drivers fail to yield and obey right-of-way laws, severe car accidents can occur.

The following are examples of common driving scenarios where drivers fail to yield:

An uncontrolled four-way stop is an intersection without stop lights or traffic signs where vehicles are coming from four directions. These types of intersections are common in areas with low-volume traffic.

The right-of-way rules at a four-way stop are as follows:

Drivers must always yield to pedestrians who are crossing the street. This is true whether the pedestrian is in a marked or unmarked crosswalk. If a traffic light turns green while a pedestrian or bicyclist is still in the intersection, the driver must wait until that person has safely passed before proceeding.

A pedestrian who is visually impaired — perhaps identifiable by a guide dog or white cane — always has the right-of-way. It is important for drivers to be extra cautious and yield at school crossings or when behind a school bus that has a stop sign indicating children are crossing.

Other traffic signals that control who has the right-of-way are yield signs. When approaching a yield sign, a driver should:

Many failure-to-yield accidents involved left-hand turns. In most situations, drivers making left-hand turns must yield to oncoming traffic unless they have a green traffic light arrow indicating they have the right-of-way.

At some traffic lights, the law allows a driver to turn left if there are no other motorists approaching straight from the other side. Before proceeding, the driver turning left must ensure that the roadway is clear of traffic, pedestrians, or any other obstacle that could result in a collision. If a driver fails to yield correctly when turning left, he or she will likely be at fault for any resulting accident.

There right-of-way rules at a three-way stop are as follows:

Failure to yield at a three-way intersection can cause a side impact or “T-bone” collision.

Moving from a lane that ends into another lane that continues forward is known as merging. A driver who is merging onto the highway has to yield the right-of-way to oncoming traffic.

While it’s true that drivers who are already on the highway have the right-of-way, they should switch lanes or adjust their speed if possible to allow new traffic to merge safely. Failure to yield collisions can be avoided when all drivers are considerate and obey the rules of the road.

Failure-to-yield accident victims may be entitled to recover compensation for:

If you suffered the tragic loss of a loved one in a failure-to-yield car accident, you may be eligible to recover damages for wrongful death. This could include money for funeral costs, burial expenses, loss of support, loss of inheritance, and more.

At Phillips Law Group, we understand the physical, emotional, and financial toll a car accident can have on victims and their families. Our experienced personal injury attorneys care about the people they represent and have helped thousands of Arizona car accident victims recover maximum compensation for their injuries.

The majority of failure-to-yield car accident cases are settled through negotiations with the insurance company. However, if a fair settlement agreement cannot be reached with the insurer, our lawyers can help you file a lawsuit and represent you in court.

Schedule a free case consultation with a member of our legal team today. Our failure-to-yield accident lawyers work on a contingency basis. This means that we charge no upfront fees and only require payment if we successfully recover compensation on your behalf.