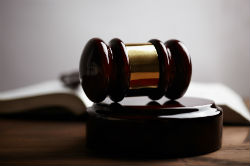 On Dec. 17, a Maricopa County jury awarded two families $47 million in a case against the Arizona Department of Transportation (ADOT). The families had each lost a family member in a 2008 crash.

On May 18, 2008, two women were traveling from Tucson to Phoenix when one woman swerved to avoid hitting debris on the road. Her vehicle crossed the median and crashed into a tractor trailer near Milepost 171.

The families of each woman filed a lawsuit claiming that the ADOT was negligent and failed to put up a barrier in this median. Just nine months prior, two other people were involved in a similarfatal accident at the same location. Their families were awarded $7.8 million in 2012.

The ADOT, which jurors found to be 85 percent at fault in the crash, says that the lack of median barriers have actually prevented 91 drivers from crossing into head on traffic. However, the department also said it will be working with an independent third-party organization to evaluate the department’s median barrier guidelines and determine the best way to reduce fatal and serious accidents.

In 2009, a report from Fox News ranked the stretch of I-10 the third deadliest part of the interstate with more than 170 people killed in a five year span.

While the families in these cases have obtained justice, many others have suffered as a result of there being no barriers to stop drivers from crossing intohead on traffic.

At Phillips Law Group, our injury attorneys in Tucson know that unexpectedly losing a loved one can be one of the most traumatizing experiences a person may ever live through. When an auto accident death comes as the result of someone else’s reckless behavior, the loss can be all the more painful. Our firm strongly believes in obtaining justice for victims and their families.